The weekend of Friday-Sunday 10-12 September was Old Boys’ Weekend at The Armidale School (TAS) and for the Class of 1960 it was of course the fiftieth anniversary of the year we sat our New South Wales Leaving Certificate, and we decided to make it a big one.
After years in the grip of drought, Armidale has had some rain, and the School looked a treat: 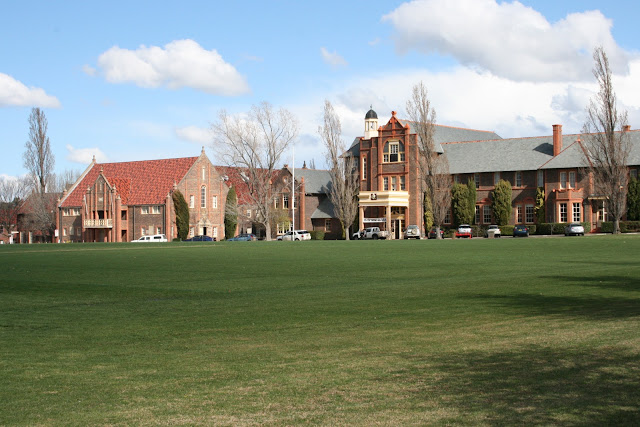 The weather throughout the weekend was brilliant – not a cloud in the sky, calm, mild – 15.4 deg C max on Saturday, 18 on Sunday.
A group of us had decided that a fine way to commemorate the year would be to commission a painting by classmate Harry Pidgeon, and commemorate also our late classmate Alex Buzo, for which purpose we sought the participation of Alex’s daughter Emma who had kicked off Old Boys’ Weekend 2009 with her revival of Alex’s first play, Norm and Ahmed (see Norm and Ahmed go to Armidale). 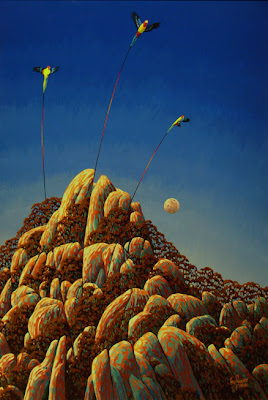 We asked Harry to paint something that captured the feeling of an aspect of the New England landscape, but left him to decide how to give effect to that.  The result is stunning, Rising Moonbi, a painting in acrylic of the moon rising over a granite tor, so characteristic of the Moonbi range which rises so steeply to the tablelands from the village of Moonbi north of Tamworth, and of the tablelands country itself.  In early maps the village and the mountain range are labelled Moonboy, apparently a reference to the fact that the ascent of the first part of the range was so steep that the teamsters had to yoke the bullocks or horses of several teams to one wagon and haul them to the top one by one, an operation best performed at night, but for which it was necessary to have a “moon boy” walking ahead showing the way and scouting for obstacles. The painting represents also the brightly coloured birds which suddenly appear out of the rather dull coloured landscape.

On the Friday afternoon I went with the 1960 Senior Prefect, Philip Bailey, and with Harry Pidgeon, to the Hoskins Arts Centre to do the last minute setting up of the painting for the presentation, to talk to Headmaster Murray Guest about where it might best be displayed in the long term, and to talk to Pat Bradley, the School’s Business Manager, about how it would best be lit at the presentation function: 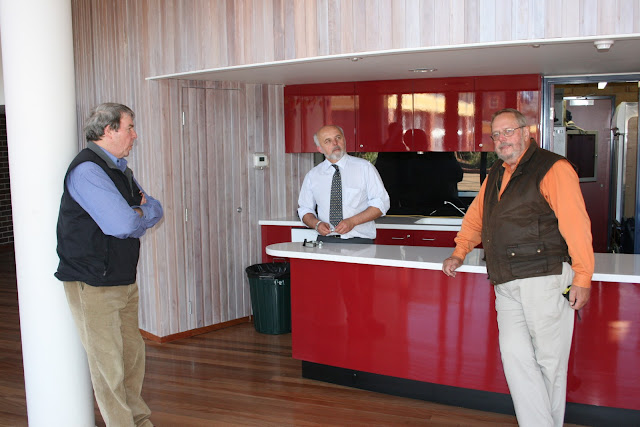 Pat arranged for it to be lit from a gallery above, with stunning effect; the painting glowed, but it was not evident where the light was coming from, or indeed that it was lit at all.
Needless to say, we paused for a photo-op; from left to right your correspondent, the artist, and Philip Bailey: 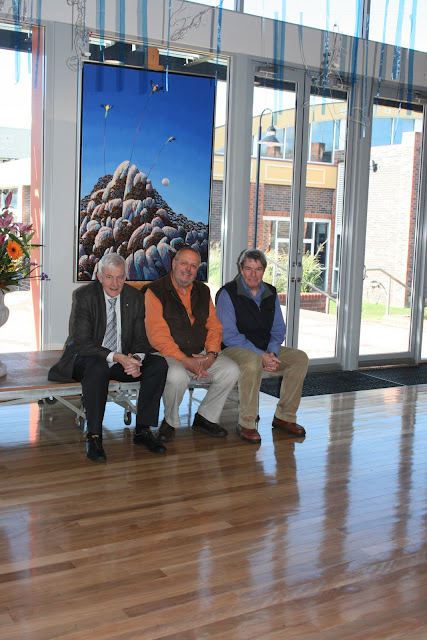 For more on Harry Pidgeon see Harry Pidgeon at Cooks Hill, Harry Pidgeon exhibition: Naturally touched and Harry Pidgeon's opening at Cooks Hill.  For more on Philip Bailey, see Yehudiana: Reliving the Menuhin Oddysey and Bailey on Menuhin at Killara.
No photos by me from the presentation ceremony – being the MC for the occasion I was not in a good position to wield the camera, and I will post later any good photos that come to hand from the occasion.  There were two presentations: Harry’s painting, unveiled by former master Jim Graham (see below), who fittingly had started his 43 year career at TAS in 1956, the year that the bulk of the Class of 1960 had started secondary school. 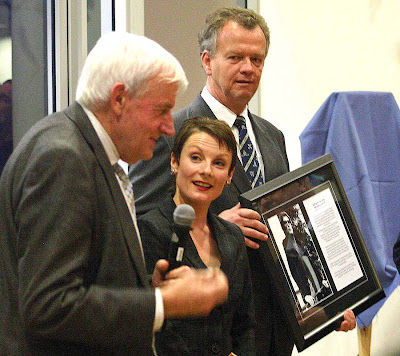 The second presentation was a presentation by Emma of a photo of Alex from the 1970s, framed with a bio that Emma herself had written. Thanks to Visual Arts master James White for the photo.
I could not help concluding the presentations by observing that the Class of 1960’s most important gift to the School was Emma herself, as she will be taking up duty at the School from the start of next year as drama teacher and manager of the Hoskins Centre. For more on Alex, Emma, and the company Emma founded to produce, promote and perpetuate the work of her father, see The Alex Buzo Company.
On Saturday morning we had a casual brunch in Big School, which had been the centre of the School’s activities in the 1950s – assembly hall, place of Saturday night films, roll-call, exam room, and place of Saturday morning detention: 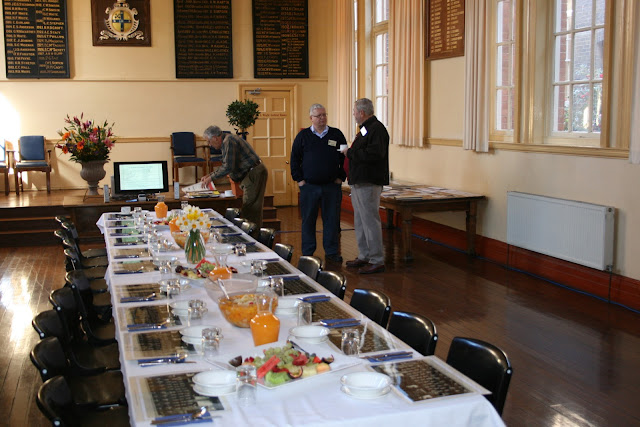 Needless to say we had invited Jim Graham, and a photo or two was taken: 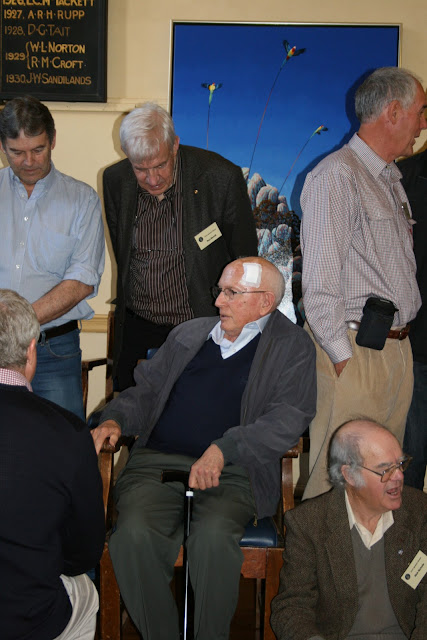 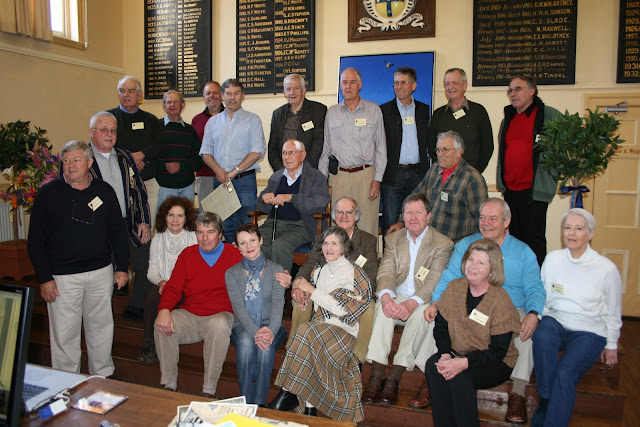 Before we left we set up Harry’s painting there for the rest of the day, to be on display for the many visitors passing through: 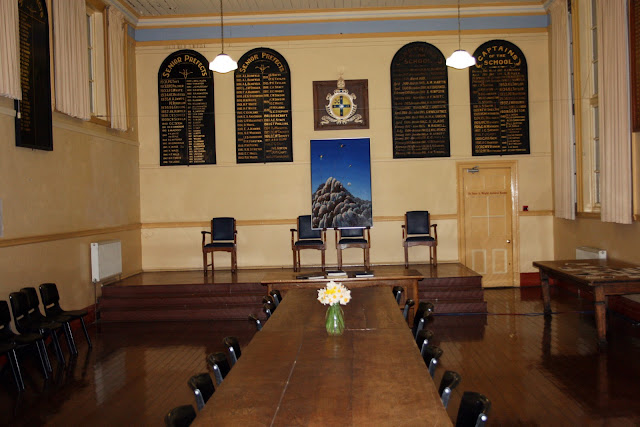 We then went off for a tour of the School’s new trade training centre: 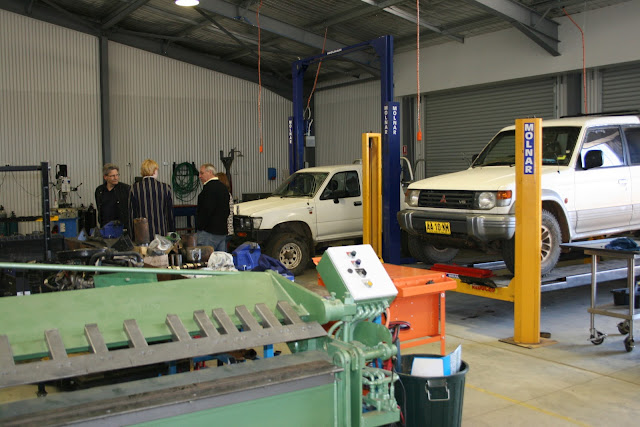 which is also a community sports facility: 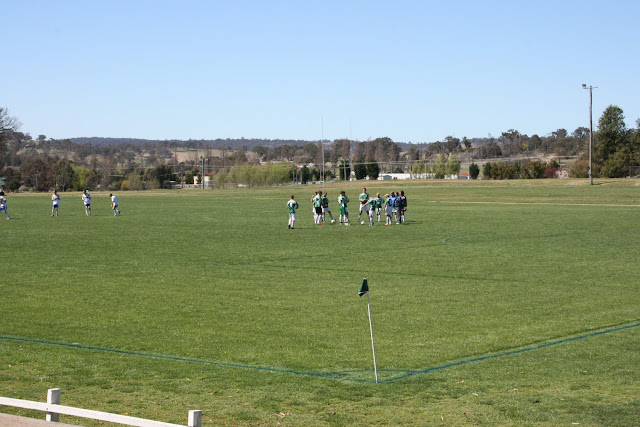 After that we went to the barbeque on Back Field (Hoskins Centre in the background): 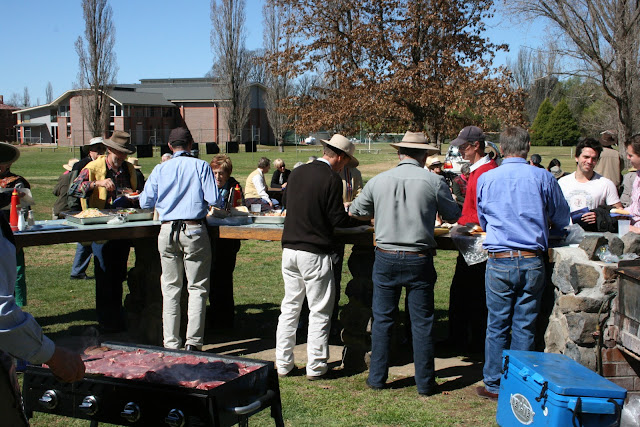 and watched the First XV play the Old Boys: 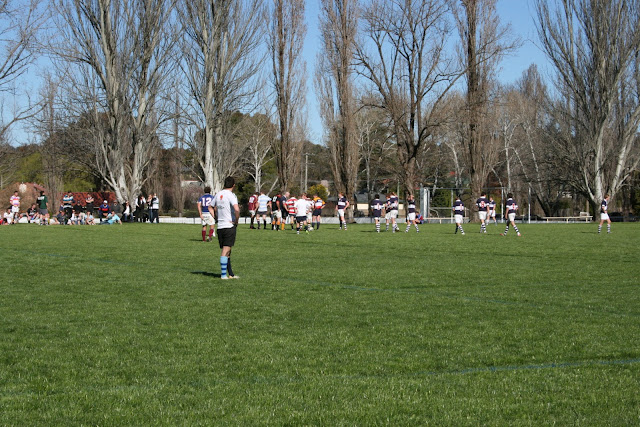 As none of us made the cut for the Old Boys’ team we watched from the sidelines: 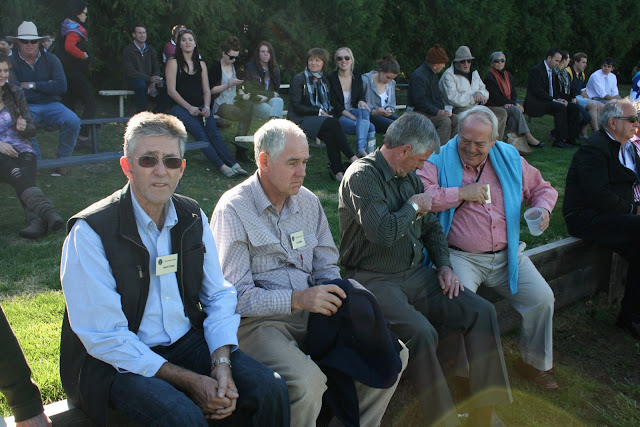 The Old Boys’ dinner was a treat, with the nice touch that the boys who handed around the canapés were wearing the Norfolk jackets which we were obliged to wear night and day, summer and winter. The Norfolk jacket did not survive the 1960s as the basis of the uniform.

At the dinner, Paul Griffiths launched A Song to Sing-O, Jim Graham’s memoir of 43 years’ involvement with musical drama at TAS (to acquire your copy see below): 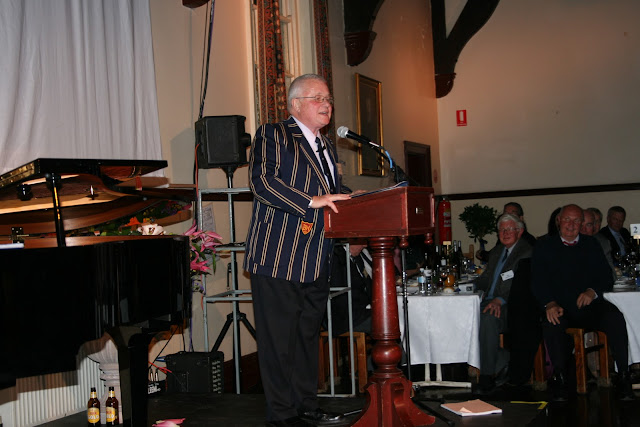 Jim responded and delivered an amusing address about the hazards and delights of attending decadal anniversary gatherings of old boys: 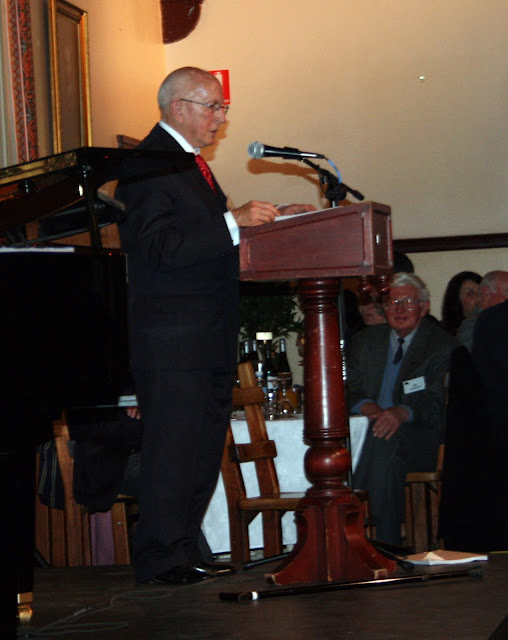 After that, a Gilbert and Sullivan sing-along organised by Philip Bailey, with the willing participation of some of the current pupils, as well as girls from NEGS and PLC (a refreshing development, we didn’t see much of them in our day) and some stars from yesteryear, of which more in subsequent posts: 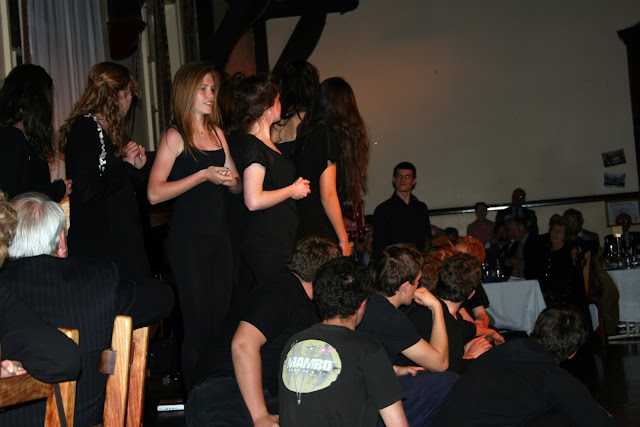 following which we retired to Lower Maxwell for coffee: 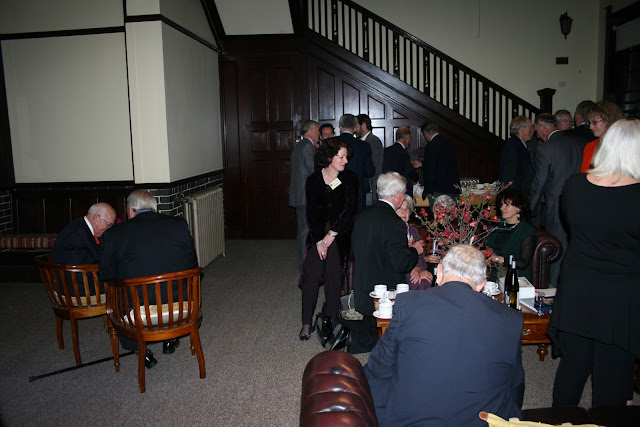 On Sunday morning there was chapel for those who were inclined either by conviction or nostalgia; girls from PLC & NEGS joined the choir: 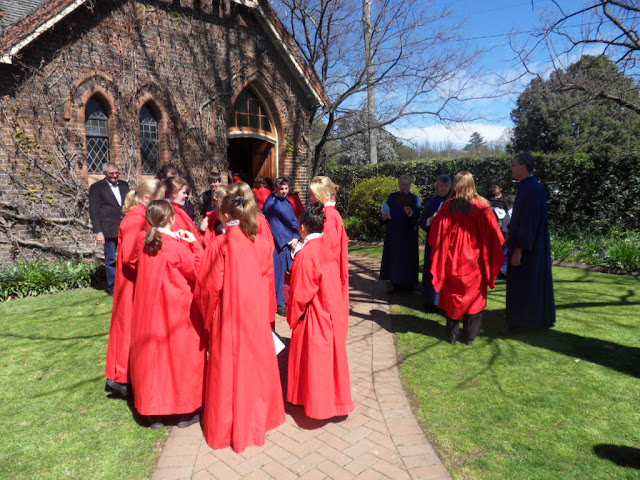 followed by the annual Passing Out Parade of the cadet unit (participation in which was a compulsory activity in our time): 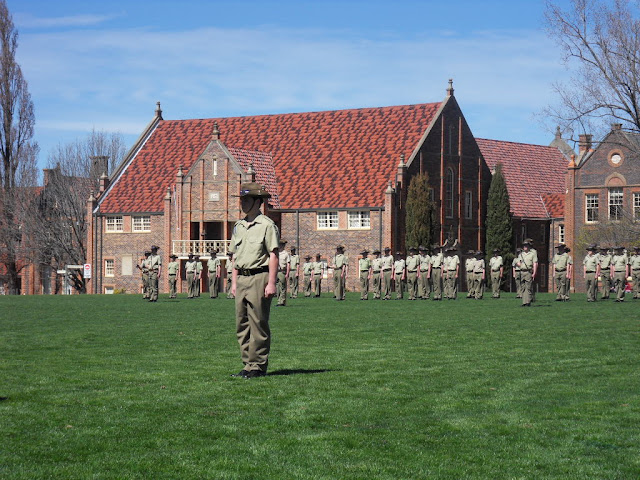 following which Richard and Lynne Bird turned on lunch for those who were able to attend, on the distinctly provençale terrace of their lovely home at the foot of the Devil’s Pinch a few miles north of Armidale: 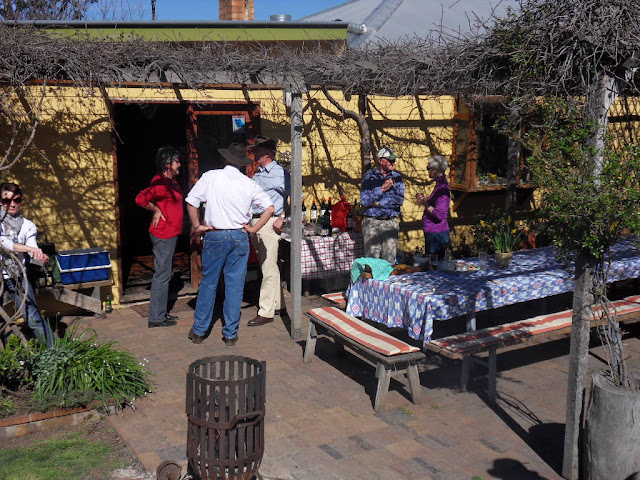 where there is a granite tor just across the road: 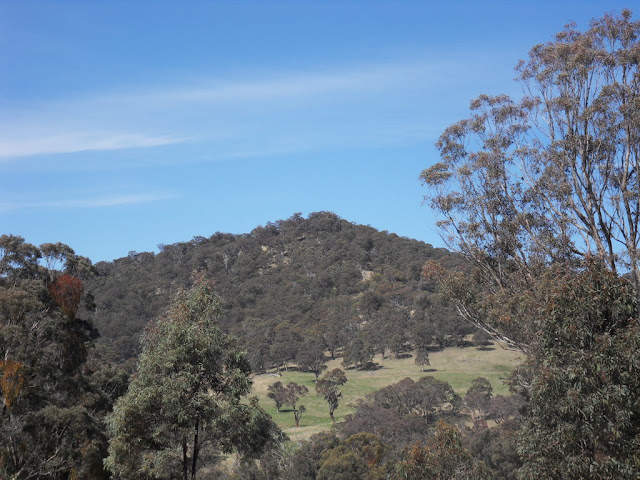 Needless to say, before going our separate ways, we paused for a final photo: 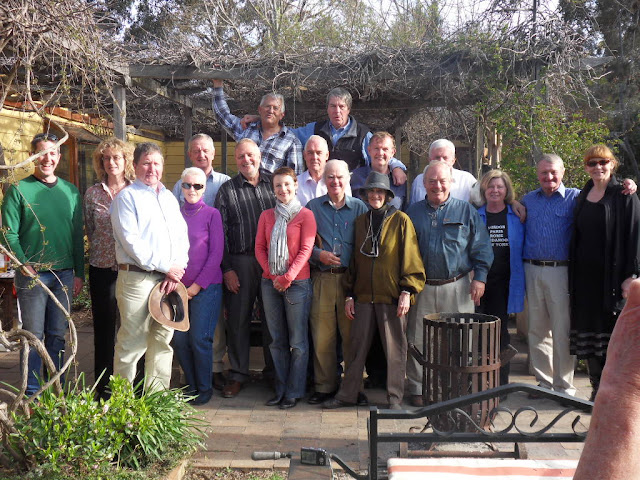 And a good time was had by all.   Our special thanks to Cressida Mort, Donna Jackson and Shona Eichorn, who did so much on the spot, both beforehand and throughout the weekend, to meet our incessant demands and make the whole weekend run so smoothly.
And just for the record, here we are, the Class of 1960 as photographed half a century ago: 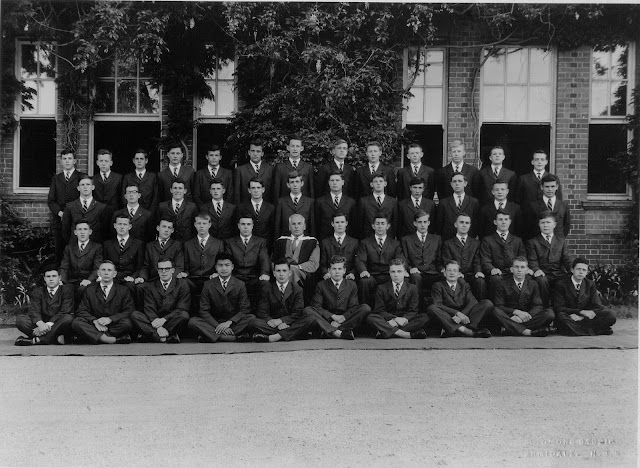 Note:
To acquire a copy of A Song to Sing-O, please get in touch with the School’s Director of Development, Cressida Mort (cmort@as.edu.au). If you email Cressida, she will send you the book, and you can either send a cheque or ring the School and pay by credit card. The price is $45 including postage and handling.
Posted by PAUL BARRATT at 7:07 PM