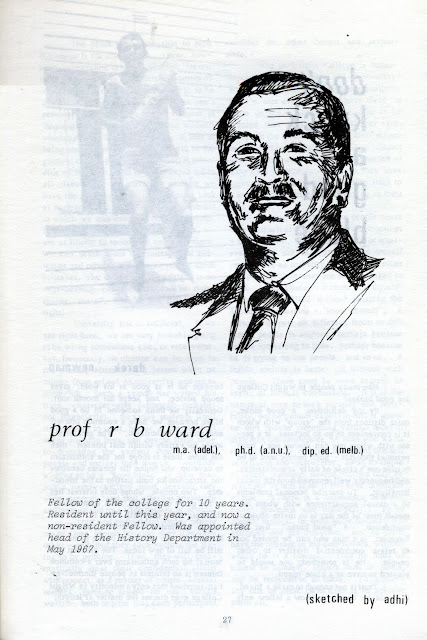 Going through some old papers a couple of nights ago I came across the 1967 edition of The Martlet, the magazine produced annually by the students of Wright College, the first men’s college at the University of New England and my happy home (not far) away from home 1961-65.

Inside I found this little gem: a sketch of Australian historian Russell Ward (“The Australian Legend”), by Indonesian student Adhi Hendranto. This brought back a number of memories. Russell was my “moral tutor” throughout my time at UNE; this somewhat quaint term deriving from the Oxbridge tradition meant that he was responsible for my pastoral care, the person I could go to if there was anything I wanted to discuss. Russell used to have his dozen or so charges for biscuits and cheese and a pre-dinner sherry once a term, after which we would go off together to formal dinner in Wright College Dining Hall.

In my last couple of years in Wright College, Russell was also my Resident Fellow in Beta Block, living in quarters just around the corner from my room, Beta 2.

As for the artist, Adhi was my next door neighbour for a year or two, so this sketch of Russell by Adhi was a nice find. 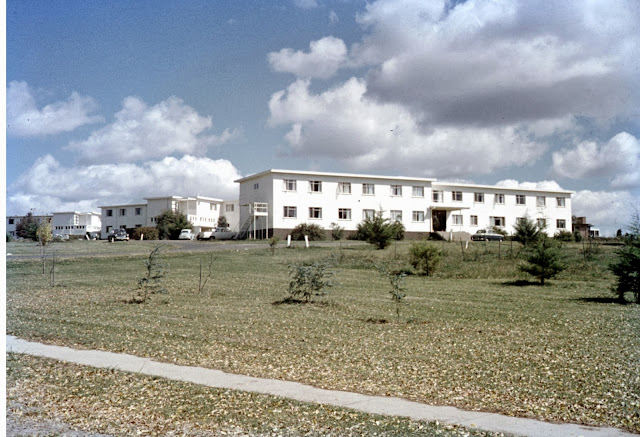