The two photos below were taken by my father in the late 1950s – probably about 1957. They are scans of 35 mm Kodachrome transparencies.

It felt very much like a university in those days. Students wore undergraduate gowns to all lectures and tutorials, except for laboratory classes. Classes were small, senior staff took tutorials as well as giving lectures, and staff and students knew each other. The university was fully residential, and in the colleges that were built from 1956 on we dined formally four nights a week, again in academic dress, with the Master and Fellows processing in and taking their places on the high table. The university had become autonomous in 1954 and was making its own independent way. There was a lot of optimism about its future, a feeling that staff and students were building something worthwhile.

The image below was taken in the forecourt on the northern side of Booloominbah. It must be third term, with the annual exams approaching. Of the beautiful grounds around Booloominbah it used to be said in relation to exam time, “When the wisteria starts to bloom it is time to make your run; when the roses bloom it is too late”. 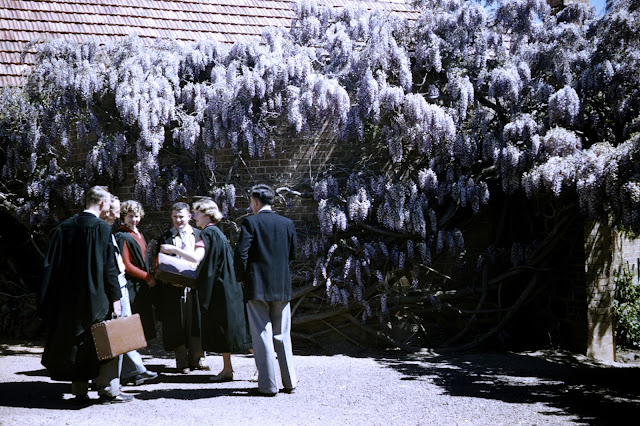 This second image shows students passing through the main gate of Booloominbah in the direction of the Booth Block, the first permanent building to be added to the estate donated by the White family. Named after Edgar Booth, the first Warden of the New England University College, it served initially as the Science Block. In my time there in the early 1960s it was mainly mathematics and, from 1964, the first computer centre, in the days when computers were mainframes and there was one to serve all of the university’s research and administrative needs. 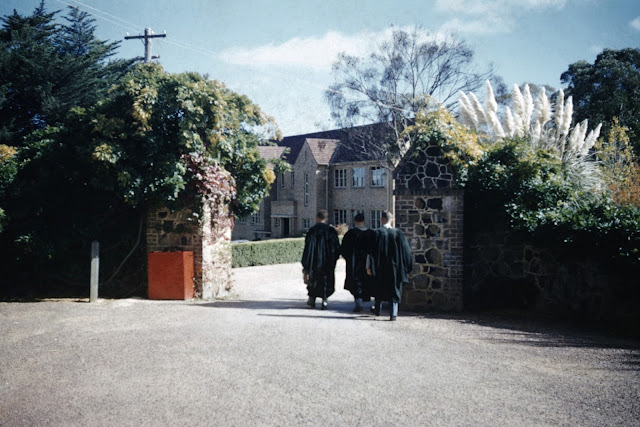