Shadows of Christmases past

In Australia Christmas falls in the period when schools and universities are on their long summer holidays. Its arrival turns the mind back to the Christmases of youth, which in my case from the age of four to the age of 21 involved spending three glorious weeks from ten days before Christmas to a few days after New Year in Port Macquarie, specifically on Flynn’s Beach, which at that time of the year seemed to be packed with people from Armidale and Tamworth.
After the first couple of years we secured a permanent booking in the Beach Park Holiday Cabins, seen here from Tully’s Lookout and from within the grounds: 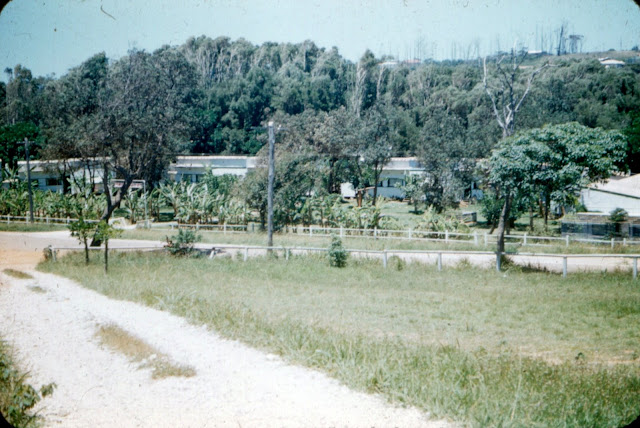 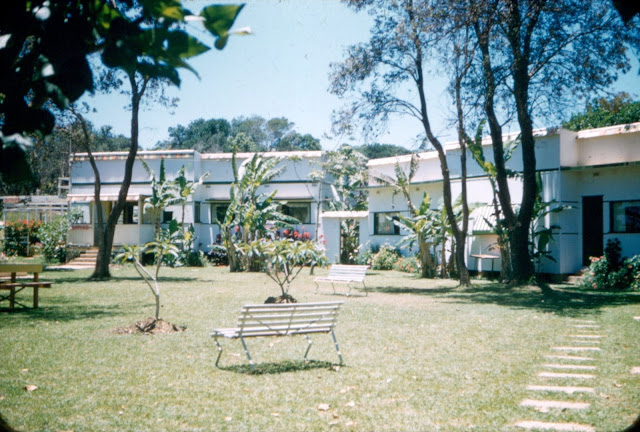 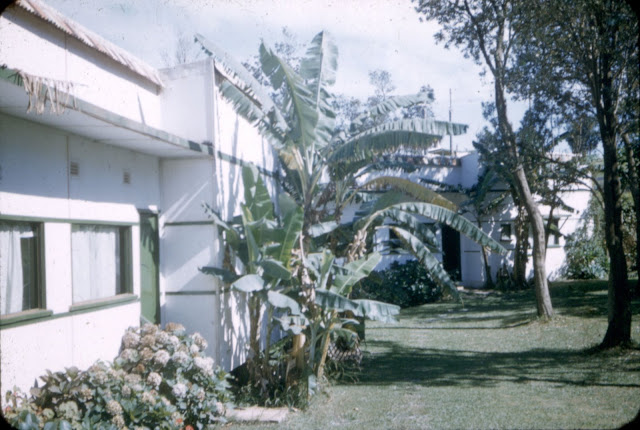 This collection of ten modest fibro cabins represented the asset and livelihood of a man named Leslie Holmes, who had been demobilised from the British Army in India on Indian independence in 1947 and who had chosen to emigrate to Australia, and invested his savings in this piece of real estate. Leslie was a hard-working, meticulous man who kept his cabins in tip top order and who was continually improving them by the labour of his own hand during the quiet winter season. He and his wife Nell had one son, of precisely my age, and having permanent company to surf with added a great deal to those holidays.  There were others of about my age who were regulars, and it was great fun.
All we had to do to get to the beach in the morning was cross the road, walk down the Tuppeny Road (so called because it had been paid for by means of a toll of that amount), which emerged from the beachfront right opposite the cabins, and we were on the beach, where we could body-surf from the back of the break, hoping for the occasional days when waves would be breaking over the bombora about 400 metres offshore (the clubhouse looked rather small and far away from out there), sunbake until our skin was chocolate brown (we were not particularly skin-cancer aware in those days, the blacker we were the better), and enjoy occasional distractions like practice rescues with the reel and line which was the standard equipment in those days, the real rescues which occurred occasionally, the pods of dolphins cavorting in the waves which were a fairly frequent occurrence, the occasional shark bell, and surf carnivals, the highlight of which was always the surf-boat races, especially when the surf was up. 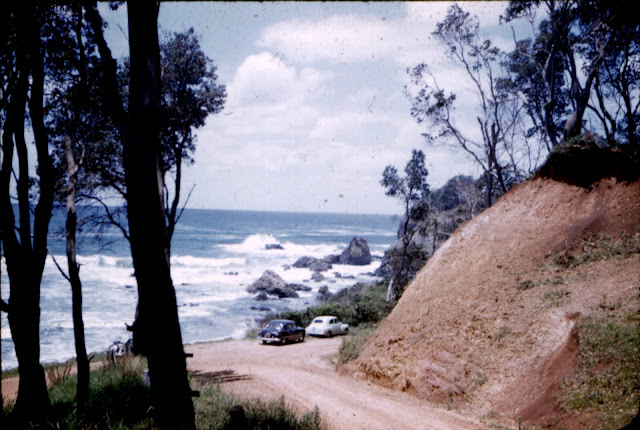 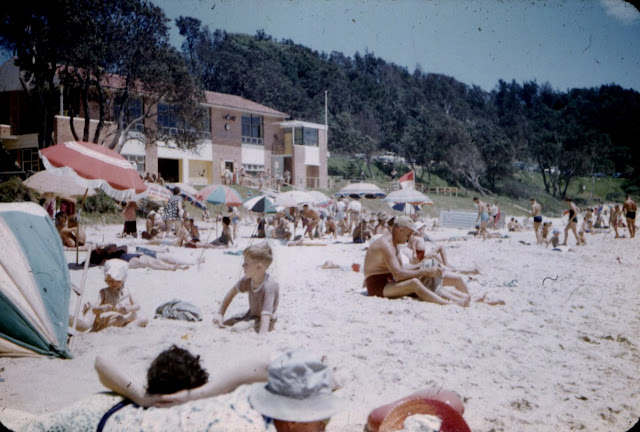 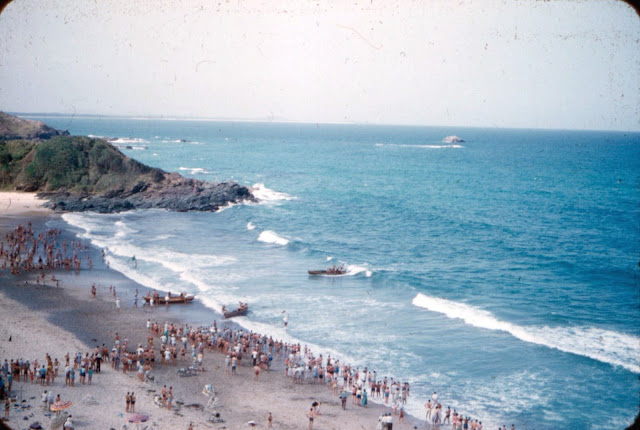 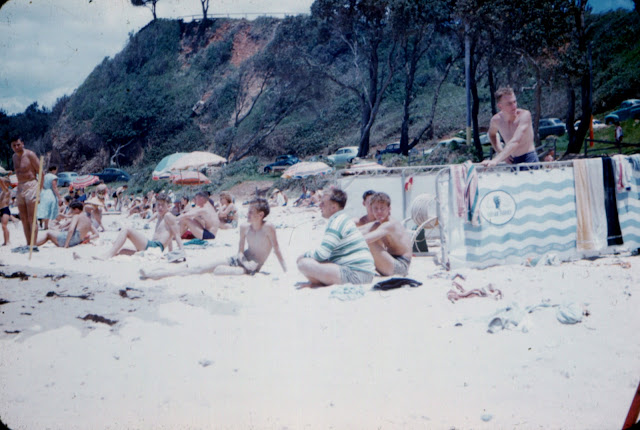 The pictures are scans of fifty-year old 35 mm transparencies taken with my father’s Voigtländer Vito B camera, purchased in about 1955.
Posted by PAUL BARRATT at 6:44 PM