Presentation of the UNE mace

The occasion was the first graduation ceremony after its donation, and the photo in the post linked above is a photo of the mace on display at afternoon tea on the Southern Lawn of Booloominbah.

During the graduation ceremony itself the mace was formally presented to the Chancellor, Sir Earle Page, by the University’s Master of Processions, Paul Barratt Snr, later to be appointed to the honorary position of Esquire Bedell. 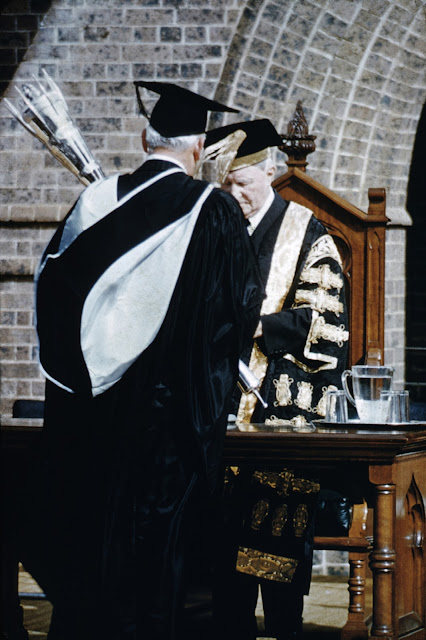 I believe this photo to be an official one. It is a scan of a slide which I found in my father’s collection; I have another which I took with his camera from further back in the audience.
Posted by PAUL BARRATT at 5:14 PM