Some light amongst the gloom 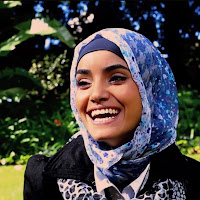 In the midst of all of the horrendous antics of the major political parties rushing to impress the people of the Western Suburbs (as they imagine them) with how awful they are prepared to be to asylum seekers, there is always someone to inspire us and give us hope for a better future – as well as make us face up to our past.

Here is a story straight from the Western suburbs of Sydney. My friend Widyan Al Ubudy, an Iraqi refugee who has spent most of her life in Australia, entered the Bankstown Poetry Slam and achieved third place with the poem below. I reproduce her full FaceBook post with permission.

Last night I performed at the Bankstown Poetry Slam for the first time alone. I wrote a poem about Iraqi orphans. I ended up coming third (Don't ask me how that happened.) I really wanted to do the topic justice as it has a special place in my heart. I have received amazing feedback and words of encouragement from so many of you and I want to thank you all for feeling the words I wrote.

Below is my poem.

They told you I was dead...

you stared at them blankly, your eyes swelling up in tears, trying to understand the words that echoed inside your hollow heart.

Right now it feels like you have been forgotten by many around the world.

Your cries have been neglected and ignored as you remain in the corner in the same fetal position when I was carrying you in my womb.

But now that I'm gone you don't have the protection of my blood and flesh safeguarding you from the harsh realities of this world.

You often think about me, thinking about the right that you have been denied as a child.

Your face, translucent and pale like a drenched piece of paper, threatening to break down, I can't help but think of the times when you would smile- but that was then and this is now.

Threads hang low from your slender frame, veiling your weariness like worn out drapes blocking the light from your soul but they don't shield the pain.

You’ve grown up in an Iraq that has been smeared by blood, corruption, and war.

You live your life day-by-day hoping that someone opens their home to you and protect you from the danger of being led astray.

Sitting in the corner of the street polishing rich men’s shoes, begging that someone will stop in the middle of their daily flurry, look up and notice you.

You fear going hungry time and time again, praying “Ya Allah grant me enough to eat"

Looking back at when the angel of death took me away too soon, it snatched me away from you but I promise you I tried to fight it.

That moment when the bomb went off... A light ignited.

Struggling to breathe, couldn't stop weeping, not because I was in pain but because I knew it was my time to be taken away.

They robbed me of motherhood, denying me the right to see you grow and robbed you of a childhood leaving you with nothing but the burdens of an adult world.

Cradle of civilization is what they use to call our land, but there is nothing civil about your situation, and the cradle of my arms has undergone an invasion.

I refuse to accept that you are the faceless representation of an illegal occupation, You are far from a prisoner with no identification in your own homeland.

You are the future of a land which will rise from the rubble and earn the title of being called a nation.

The land that imprints footsteps for us to follow our dream of travelling Iraq, visiting the shrines across Karbala.

Watching the grains of sand run pass Your deep eyes, for many... they are empty and hollow but to me they're two tunnels leading to one light.

They've unplugged the umbilical cord of life that was once connected to you, creating a dark world... A complete blackout.

They've psychologically raped you, labeling you as a child of war... But I'll put a price on you that'll show your true value... And believe you me it'll be worth more.

You see according to the United Nations there are 5 million Iraqi orphans, funny cause that could be a nation itself, one where little girls and boys have the 3 things in common, Iraqi, no parents, and no childhood.

But I hope this glimpse has taught you something more, that women and children are the biggest losers of war.
Posted by PAUL BARRATT at 11:58 AM