A brief trip to the Southern Highlands

Last week I took the opportunity of a trip to Sydney to accept an invitation from my friend Harry Pidgeon to spend a couple of days at his home at Bundanoon in the Southern Highlands of New South Wales.
One of the highlights of a wonderful couple of days in a beautiful part of the world was a visit to the fortieth annual meeting of the Southern Highlands Carriage Club, which brings horse-drawn carriage enthusiasts from all over NSW. On the day we visited the cone racing was on – time trials through a series of witch’s hats with balls mounted on them – cause one of the balls to fall and you lose points.
We passed the time of day briefly with the lady in the first photo, who told us she was from Parkes. “Parkes?” I said. “Would you happen to know a man named Terry Hunter?” “Of course”, she replied. Terry Hunter was a contemporary of mine in Wright College at the University of New England, who has spent the last thirty years working in the family real estate business G. Hunter & Company Pty Limited. Small world. 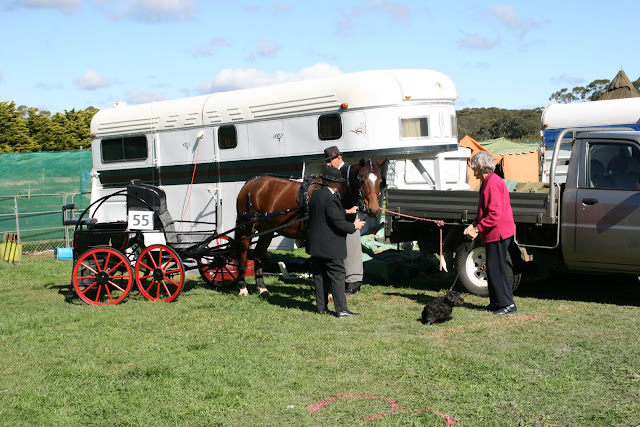 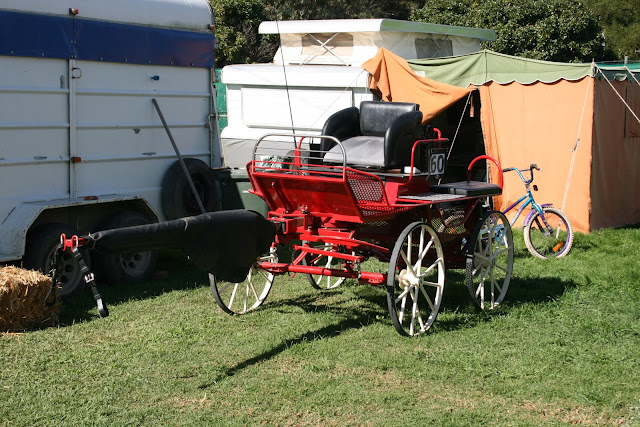 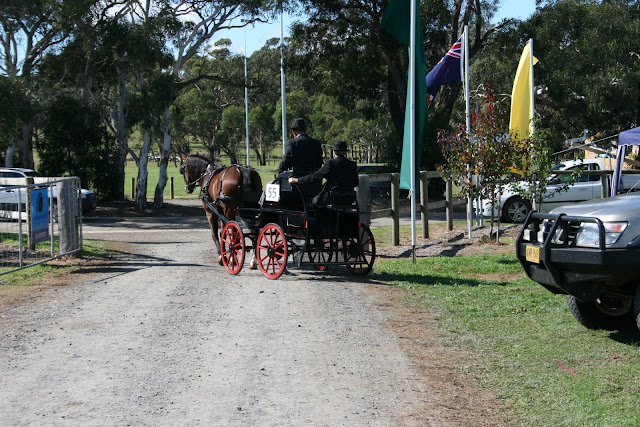 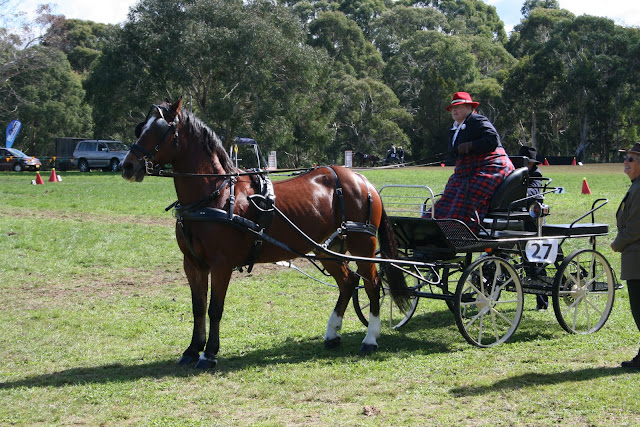 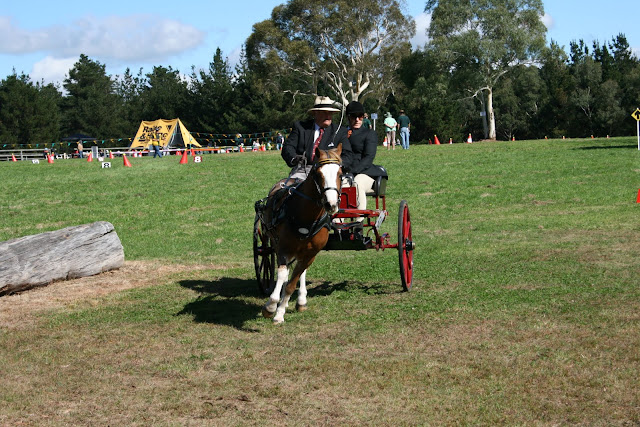 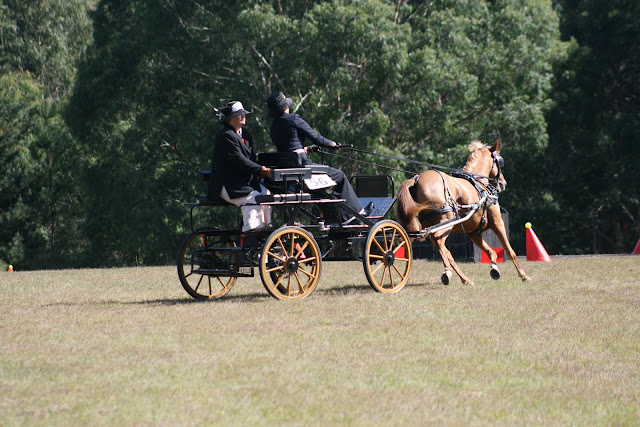 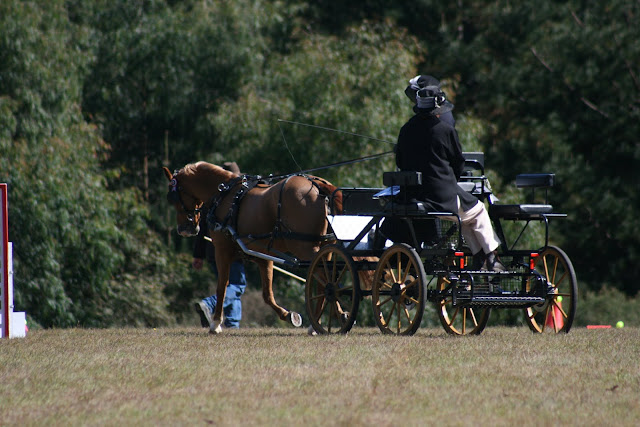 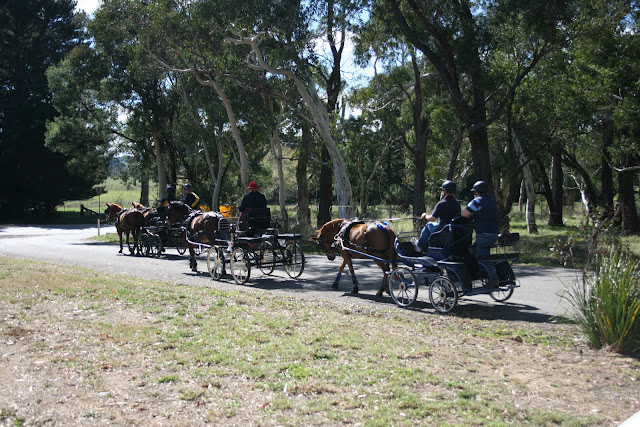 The following day Harry took me, a friend of his and a couple of our other former school classmates to the croquet lawns at Exeter, to receive instruction in the ostensibly sedate but quietly vicious game of croquet. That proved to be great fun, and we continued until bad light stopped play. From left to right in the photo below are former classmates Harry Pidgeon, Hugh King and Philip Bailey. 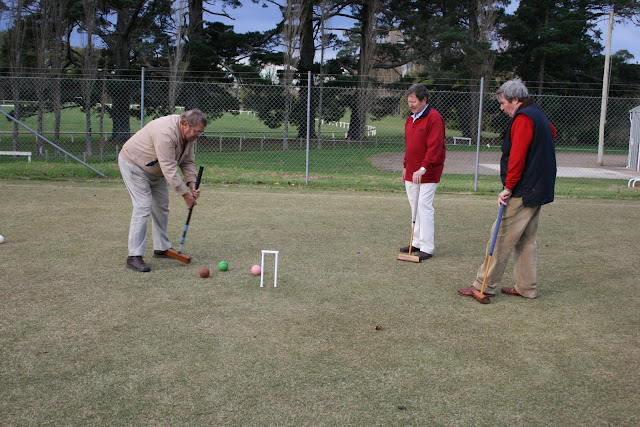 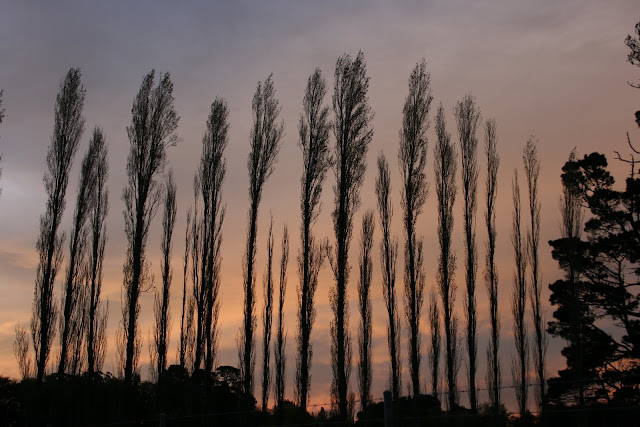 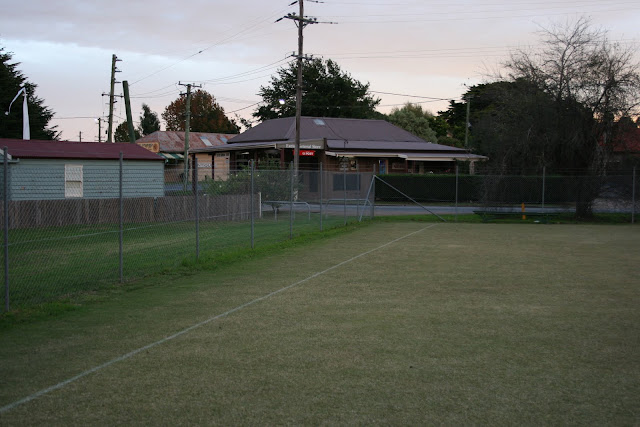 Email ThisBlogThis!Share to TwitterShare to FacebookShare to Pinterest
Labels: Life is Beautiful, photos

What lovely pictures! You certainly wouldn't expect to see some of this stuff in the rest of Sydney! Maybe you should ask your friend to organize something in a little more central area so that everyone can enjoy the carraiges hey?