In the course of his composing career Sergei Rachmaninov wrote 24 Preludes in three sets: the famous Prelude in C Sharp Minor, Op. 3 No.2, then the ten Preludes Op. 23, written in 1901 and 1903, and finally the thirteen Preludes Op. 32, written in 1910. Together they span all the major and minor keys.

They are longer than the traditional musical fragment which had hitherto been associated with the term Prelude – Chopin’s for example – and tend to be musically complex and technically demanding. They are beautiful pieces, and the great Russian pianist Sviatoslav Richter was the master of them. 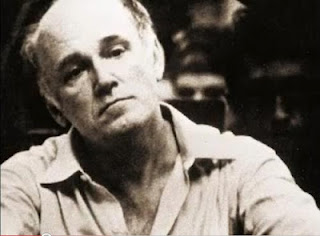 As a sampler, try these examples from YouTube, all played by Richter:

Email ThisBlogThis!Share to TwitterShare to FacebookShare to Pinterest
Labels: Music


On 28 June 2012 the Prime Minister and the Minister for Immigration and Citizenship announced that the Governments was establishing an Expert Panel on Asylum Seekers to provide a report on the best way for Australia “to prevent asylum seekers risking their lives on dangerous boat journeys to Australia”.

The Panel is being led by Air Chief Marshall Angus Houston AC AFC (Retired). The other members of the panel are Mr Paris Aristotle AM, Director of the Victorian Foundation for Survivors of Torture Inc (also known as Foundation House), and Professor Michael L’Estrange, AO, Director, National Security College.

It is to provide advice to the Prime Minister and the Minister for Immigration and Citizenship prior to the start of the next sitting period in August 2012. The Panel’s advice will be released publicly.

The substantive parts of the Terms of Reference are as follows:

The Panel will provide advice and recommendations to the Government on policy options available, and in its considered opinion, the efficacy of such options, to prevent asylum seekers risking their lives on dangerous boat journeys to Australia.

As part of its review, the panel will take into account, and provide policy advice on:
- how best to prevent asylum seekers risking their lives by travelling to Australia by boat
- source, transit and destination country aspects of irregular migration
- relevant international obligations
- the development of an inter-related set of proposals in support of asylum seeker issues, given Australia’s right to maintain its borders
- short, medium and long term approaches to assist in the development of an effective and sustainable approach to asylum seekers
- the legislative requirements for implementation, and
- the order of magnitude of costs of such policy options.

Several things strike me about the task which Angus Houston and his colleagues have been set:

(1)   Although a nicer word is used, we are talking about deterrence here. The Australian Government has no direct means to prevent asylum seekers from embarking; what it wishes to do is to deter them from making that decision.

(2)  This raises an important threshold question about what place there is for “deterrence” in any policy framework that deals with the quest for asylum by people with “a well-founded fear of persecution”. The notion of deterring people from seeking asylum by whatever means they might have to hand seems to me to contradict the whole scheme and purpose of the United Nations Convention and Protocol on the Status of Refugees.

(3)  A second threshold question is what, if any, responsibility does the Australian (or any) Government have to prevent non-citizens, to whom it acknowledges no other duty, from taking risks which those non-citizens themselves have decided, having regard to their own particular circumstances, it is in their best interests to take? The Australian Government does not prevent its own citizens from taking risks like smoking, or risks that travel insurance companies normally exclude from cover: skydiving, off-piste skiing, or climbing Mount Everest, for example.

(4)  If some basis can be discovered for Governments seeking to deter asylum seekers from risky behaviour, should asylum seekers also be deterred from crossing mountain ranges, trudging across deserts, put themselves in the way of potential dangers from bandits, swimming fast flowing rivers or those containing crocodiles or piranha, etc?

(5)  As to the means of deterrence, most of the options are depressingly familiar:
-  Mandatory detention (introduced by the Keating Government in the late 1980s and maintained ever since). This procedure flies directly in the face of the provisions of the Convention, which permits a short initial period of detention for identity and health checks, buts state that detention should be a last resort.
-  Limitation on access to services and right to work. Again, contrary to the provisions of the Convention, which states expressly that persons seeking asylum should be permitted to work (and to practice their profession where they have recognised credentials) at the prevailing remuneration rate.
-  Limitation on prospects for family reunion. This one flies in the face of one of the principles on which the Convention was established: the international conference which led to the Convention specifically recognised the principle of the unity of the family and stated that is an essential right of the refugee
-  Automatic diversion to another country (“offshore processing”). This too seems to me to fly in the face of the provisions of the Convention. Each refugee is an individual and entitled to have his/her claims assessed on their merits.
-  Temporary Protection Visas, introduced by the Howard Government and advocated now by the Opposition. These had, and would have on the basis that the Opposition intends, a specifically deterrent intent, and so were attended by inhumane provisions such as no family reunion, right to work compromised by their temporary status, and restricted access to social services, all of which seem to me to be contrary to our obligations under the Convention. They also seem to me to be contrary to good sense: if we accept that people are in need of refuge, it is in our own interest to get them out of detention as quickly as possible, and do all we can to assist them to re-establish themselves and become productive citizens.
-  Sending them to another country for the explicit purpose of placing them “at the back of the queue”. Apart from the fact that there is no queue, this strikes me as so inhumane, such a shocking example of dehumanising people and treating them as chattels, that I am amazed that anyone even thought of it – or at least amazed that anyone who did think of it was shameless enough not only to admit it but to promote it as a good idea.

Inherent in many of the policy approaches that has been adopted over the years has been an underlying approach that harsh treatment of asylum seekers who arrive by boat will discourage others from making the journey. The idea of treating people more harshly than they deserve in order to influence the behaviour of others is offensive in the extreme, and of dubious legality.

As far as the problem the Government has set Angus Houston and his colleagues is concerned, my tentative conclusions would be:
-  Clearly anything that makes the prospective treatment on arrival more unpleasant is likely to have an influence at the margin.
-  For the genuine refugee: it is unlikely that anything we might be prepared to do would act as a deterrent for someone who thinks “I can’t go back, and I can’t stay here, my best hope is to head for Australia and hope for the best”.
-  Any framework that rules out family reunion is likely to have the perverse effect of encouraging people to embark on the boat voyage on the grounds that the only prospect of reunion is to arrive in the jurisdiction independently.

I wish Angus Houston and his colleagues all the best in a task which I don’t envy them. I don’t know what the sort of advice the Government expects will come out of the intensive process of consultation and deliberation in which the panel is currently involved, but knowing two members of the panel well and one slightly, I am confident that they will be fiercely independent in coming to their conclusions, that they will call the issues as they see them. Where that will leave the Prime Minister, or for that matter the Leader of the Opposition, remains to be seen.
Posted by PAUL BARRATT at 5:39 PM 4 comments:

And now for a little bit of pure pleasure – the delightful little romance that Narciso Yepes wrote as a gift for his mother in 1938 and which was subsequently used as the theme for René Clément’s 1952 film Jeux Interdit (“Forbidden Games”). I don’t know whether Yepes was coy about being the composer or whether his authorship of the piece was forgotten, but many recordings list the composer as “Anonymous” – including even recordings of Yepes himself. For example, his CD Romance d’Amour lists the composer as “Anónimo” and describes it as “Musique du film; Arr.: N. Yepes”.

When you watch the video, take note of the ten-string guitar, which was developed in 1963 by Yepes, in collaboration with renowned guitar maker José Ramírez. The four additional strings were tuned to C, A#, G#, F#, which resulted in the first guitar with truly chromatic string resonance - similar to that of the piano with its sustain/pedal mechanism. He gave this guitar its first outing in 1964, in a performance of the Concierto de Aranjuez with the Berlin Philharmonic, and from that time on he used that instrument exclusively. I had the pleasure of hearing him in a solo recital in Canberra, an ABC Concert on 5 June 1976.

For an earlier post on this wonderful guitarist see Narciso Yepes and the Concierto de Aranjuez.
Posted by PAUL BARRATT at 4:53 PM 2 comments: