When I mentioned the forthcoming event at our old primary school Harry sent me a scan of an unfinished watercolour of the old Girls’ Department building which he painted in the early 1960s, and kindly gave me permission to upload it in this post. 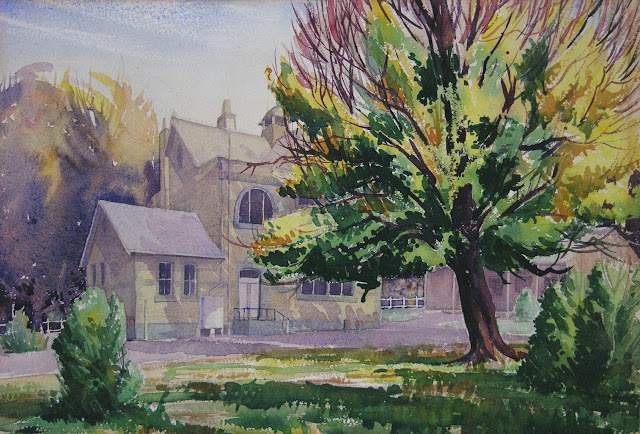