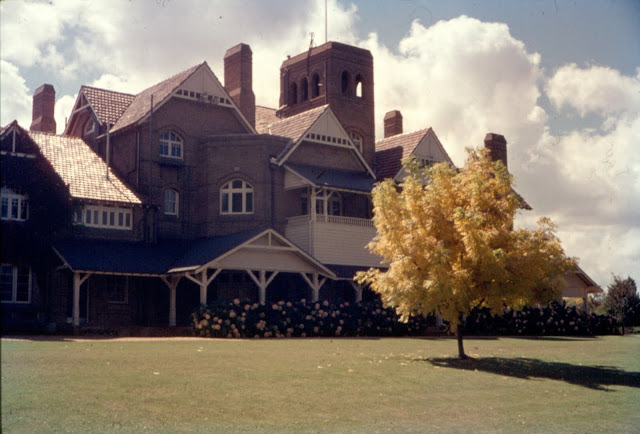 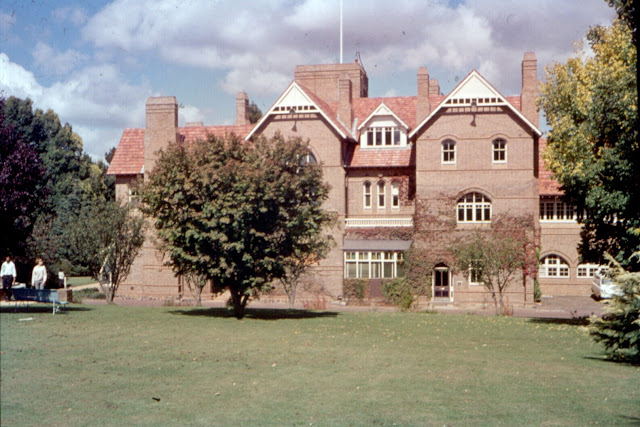 There remained many battles to be fought and won. One of the more important ones was won by T.R. Forster himself. In March 1937 the Fund which had been established to hold the monies raised locally stood at only £5,000 of the necessary £10,000, and it was clear that the required amount would not be raised before Forster’s option on Booloominbah expired. On 30 March 1937, D.H. Drummond wrote to the Premier, foreshadowing that he would like to discuss with him “certain alternative proposals which would enable Cabinet to retain the offer and yet not involve the State at this juncture in any great expenditure of money”.
To continue the story in Drummond’s own words:
As a result of this letter, an historic meeting took place in the Premier’s room at his Department late on the evening of 7th April 1937, at which Mr Justice Halse Rogers, Dr R. Wallace, the Premier and myself were present.
The discussion ranged over ways and means – though the desirability of the proposal was not in doubt.
Finally the Premier suggested that as an interim scheme “Booloominbah” might be carried on as a university hostel with tutors, until such time as the financial position improved.
Mr Forster, who had remained silent during the earlier discussion, immediately reacted.
“Mr Premier”, he said, “the north is entitled to a University College with the two Faculties of Arts and Science, and I will be satisfied with nothing less.”
...
The Premier thought for a while and then said, “Very well, gentlemen, if the people of the north raise not less than £10,000 by 30th June 1937, I will engage, subject to the concurrence of Cabinet, to give the proposal full support and to arrange for the passage of the necessary legislation. If the north fails to raise £10,000 by 30th June the business is ended.”
This left the small matter of raising the necessary £5,000 in a matter of weeks; the rate at which money was coming in remained a mere trickle. A very gloomy meeting took place at The Armidale Express in the office of Roy Blake, Managing Director of The Armidale Newspaper Co. Ltd. and Secretary of the University Movement. Also present were Eustace Simpson, Chairman of the Finance Committee, Dr R.B. Austin, and Drummond. The question was raised whether they should approach the Premier and seek an extension of time. Drummond felt that the terms arranged with the Premier were so binding that they could not go back to him. They took the only course that seemed open to them:
We made a final appeal, stressing the need for swift generosity if the College was to materialize. By what seemed to us almost a miracle the trickle became a relative flood.
Dr Austin secured from Charles Mott a cheque for £1800 and a promise of any balance needed to reach the required total. From Miss Elsie White of “Saumarez” among others, came a similar donation with a similar blank cheque.
I had been obliged to return to Sydney, where I received on 30th June, at 3.30 p.m. a telegram from Roy Blake, “Delighted to inform you University College Fund fully subscribed – Cheers”.