Wollomombi Falls - no flow at all

Last Thursday afternoon I took a run out from Armidale to have (another) look at Wollomombi Falls, about 40km east on the Waterfall Way. It is as dry as a chip on the New England Tablelands, so there was no water at all flowing over Wollomombi Falls or the companion Chandlers Falls. The gorge is still a spectacular sight. 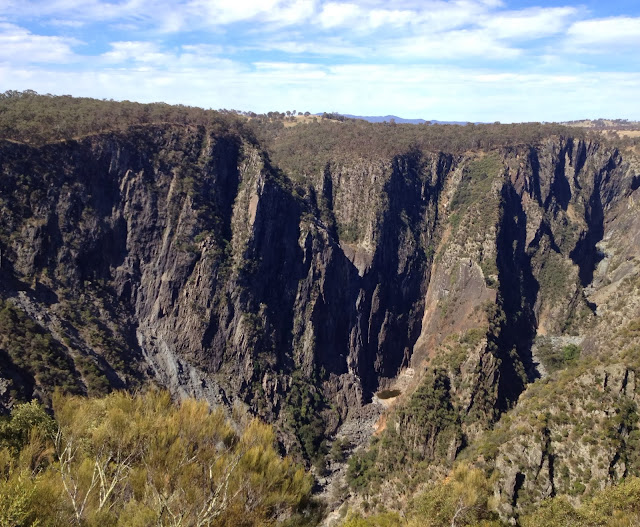 Posted by PAUL BARRATT at 4:58 PM No comments:

On the long paddock

It is very dry on the New England Tablelands at the moment, so on a run out to Wollomombi Falls last Thursday afternoon, I found that some people are starting to use the "long paddock" to graze their stock. I had to stop to allow one young lady to cross. 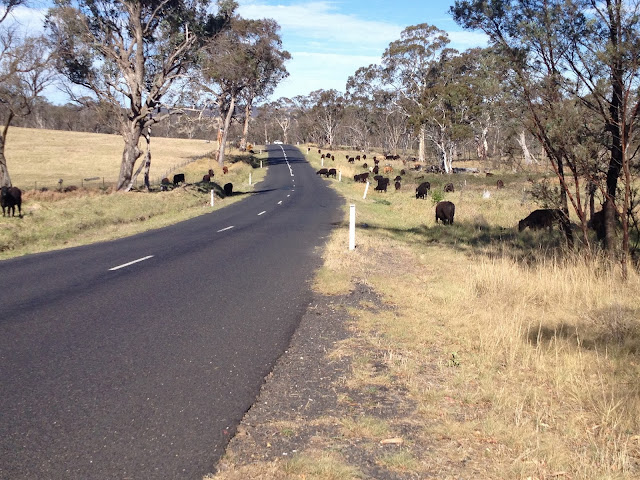 Posted by PAUL BARRATT at 4:55 PM No comments:

The dam that Zihni built, revisited

In The dam that Zihni built I posted a scanned colour transparency of the completed Oaky River Dam, a small hydroelectric dam about 40 km from Armidale which was constructed in the early 1950s under the supervision of my classmate Alex Buzo’s father Zihni. In that post I said I did not have any photos from the construction phase, but that turns out not to be so; going through some old papers a few days ago I discovered an old photo album from my primary school days, which contains six photos I took on a trip out there with Zini, Alex, Alex’s younger brother Adrian, and I think another school friend - I have vague memories of Ian Storey accompanying us, but the person to the left of the last photo looks like Harry Pidgeon. They were interesting trips; the New England Tableland was at one stage of its ancient history under the sea, and as well as talking to us about the dam construction and taking us on the steep ride to the bottom of the gorge on the cable-winched trolley, Zihni would show us how to crack open the right kind of rocks to reveal the fossils of the ancient life-forms they contained.

These are not great photographs; the camera I had in those days was very basic – a “Baby Brownie” or similar, taking a 127 roll film, with a lens such that the film could only be contact printed – the quality was not good enough to permit enlargement. Nevertheless they are a record of happy times, and of the construction of a local hydro station in the early post-war years. My best guess is that these photos were taken in 1953. I daresay the gent to the right of the fifth picture is Zihni himself. 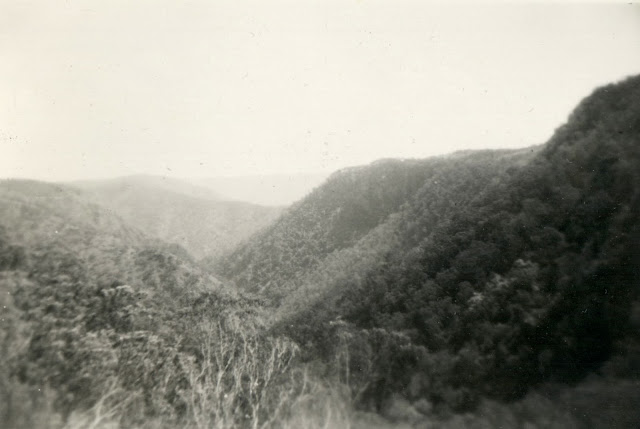 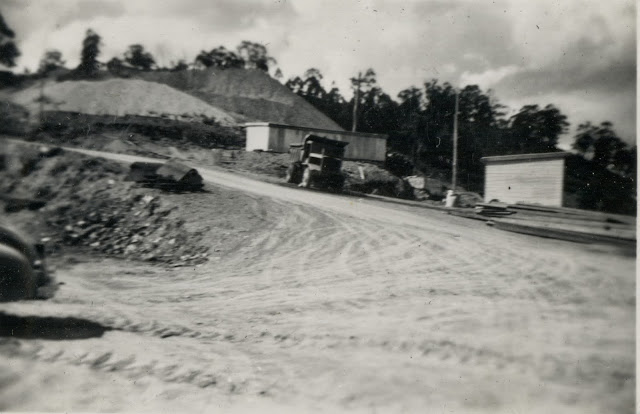 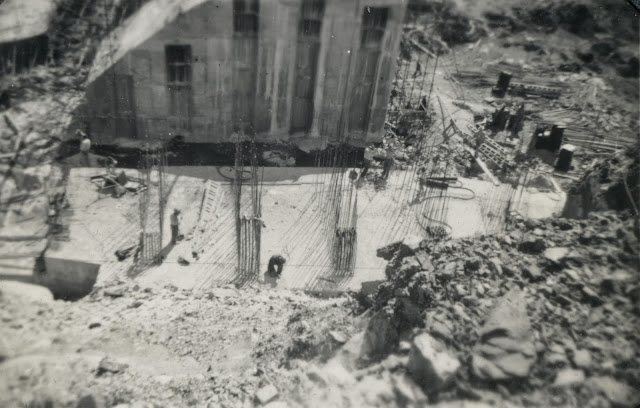 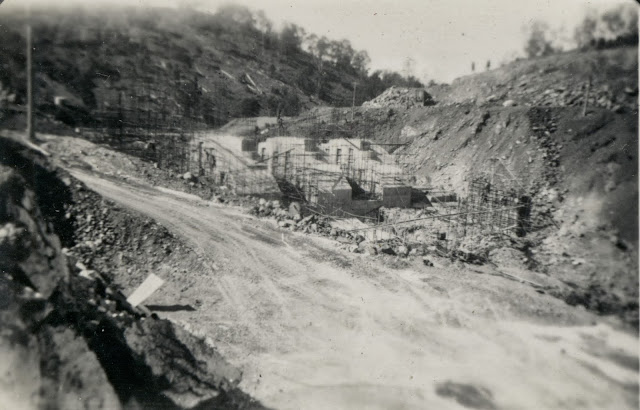 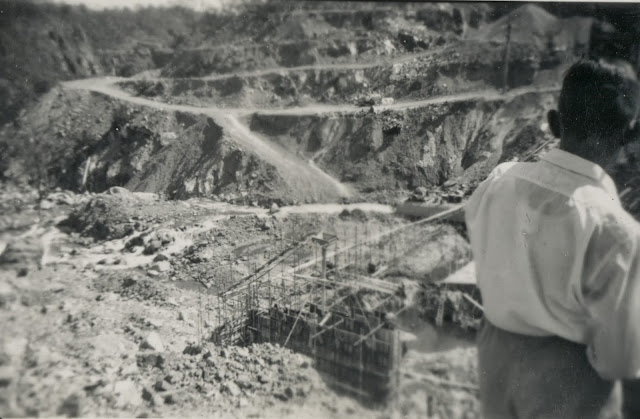 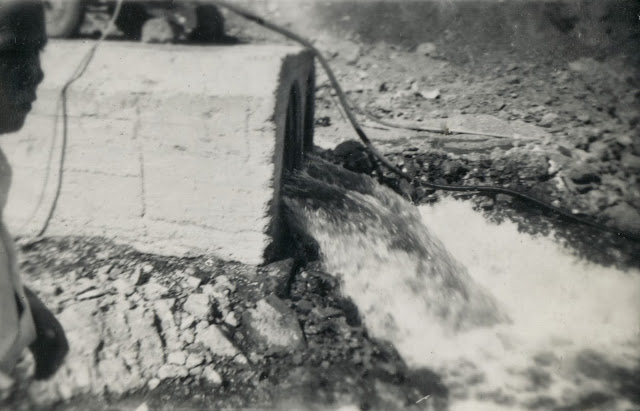 Posted by PAUL BARRATT at 10:01 PM No comments: