In its original configuration the northern forecourt of the building was accessible from east or west via a circular access road that ran up the hill past the deer park and a cottage on the east side and past where Mary White College and the Psychology Building now stand on the western side. In the 1950s the bus used to run up past the deer park, stop at the main entrance to the building, and return to Armidale via the western approach.

This photo of Booloominbah from the western side of the ring road, taken by my father in the 1950s, gives a view of the building that is no longer available. The road is blocked off and the view is blocked by an administrative building which (criminally in my view) is interposed between the main building and the old laundry which became my father’s EEG laboratory. 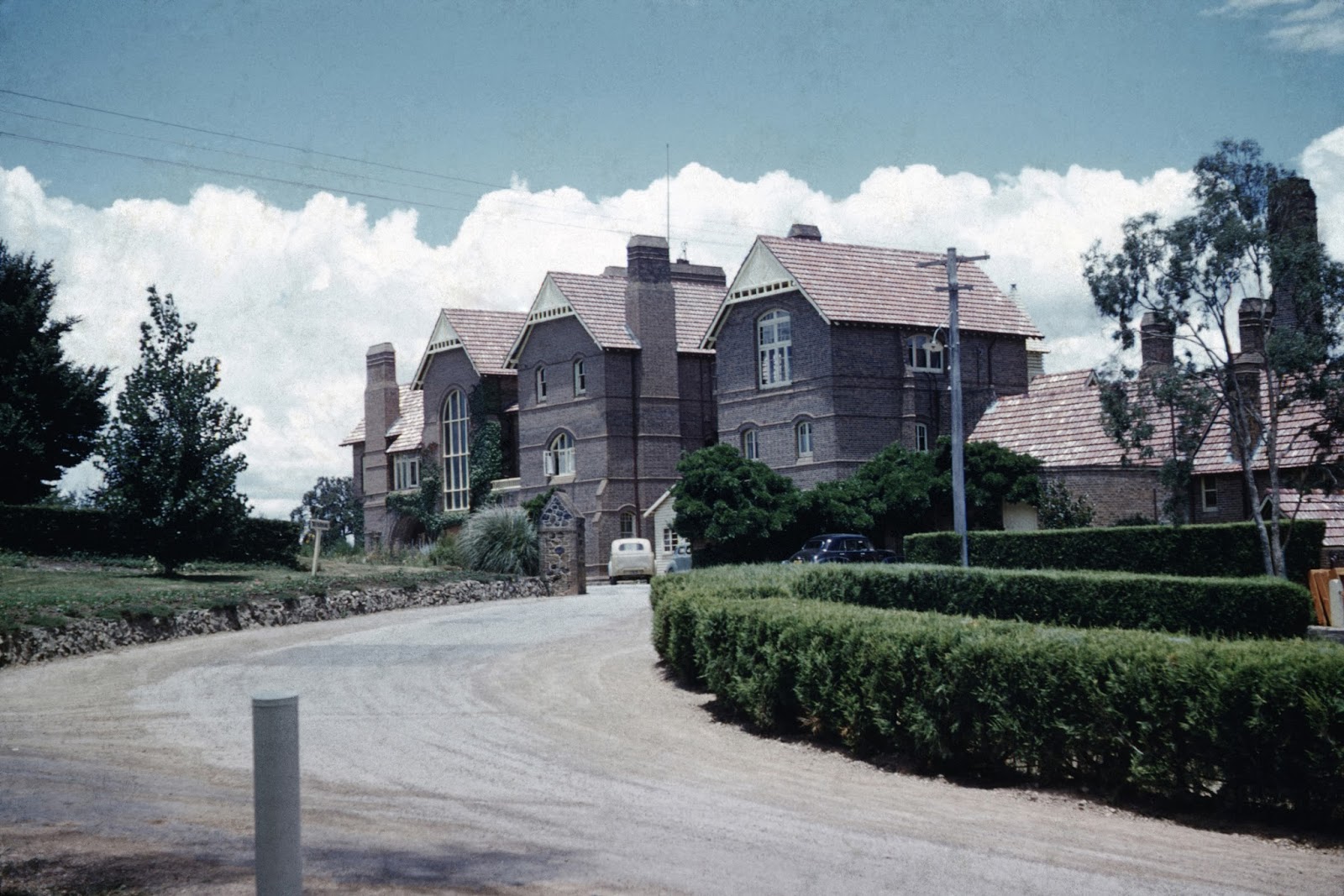