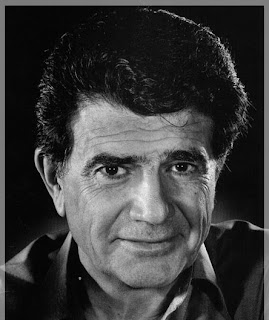 In Mohamad Reza Shajarian to tour Australia I foreshadowed the Australian tour of the internationally renowned master of Persian classical music Mohamad Reza Shajarian, accompanied by the amazing Shahnaz Ensemble, led by Majid Derakhshani, membership of which includes Shajarian’s daughter Mojgan, who sings as well as playing the setaar.
On the evening of Saturday 1 May my wife, a friend and I had the pleasure of attending Shajarian’s Melbourne performance, at the Dallas Brooks Centre.  It was a wonderful occasion, an opportunity to sample some of the rich musical heritage of Persia, played at a standard that has achieved international recognition; Shajarian received a UNESCO Picasso award in 1999 and was nominated for a Grammy Award for Best World Music in 2004 and 2006.
Although Shajarian is a practitioner of Persian classical music, writing settings of lyrics by the great Persian poets, careful selection of words that suit the times enable him to tap into the feelings of, and give hope to, those who are not entirely at ease with the current Iranian regime.  To put it into a context familiar to us, if I say
But if the cause be not good ... it will be a black matter for the king that led them to it ...
I am not criticising John Howard’s decision to invade Iraq, how could anyone think such a thing, I am simply quoting Shakespeare’s Henry V.
So when Shajarian sings poetry by the fourteenth century Persian lyric poet Hāfez, he has the opportunity to draw on poetry familiar to all, the major themes of which are not only love, the celebration of wine and intoxication, but also the hypocrisy of those who have set themselves up as guardians, judges and examples of moral rectitude.  The regime mightn’t like it, but what can they say?
For those who like to measure a musician’s pulling power in coin of the realm, when I came to book our tickets I was surprised and disappointed to find that the best seats in the house clocked in at a little over $A300. We let those go by, and got good seats for considerably less than that. But we were close enough to the action to see that the $300 seats were all occupied.
The concert was well attended, but I as far as I could tell our party, plus a lone friend of our friend, were the only non-Iranians present; certainly the only English we heard spoken was our own conversation or when other attendees spoke to us, as they did.  So it was not so much a multicultural event as a mono-cultural event in a great multicultural city, which is a bit of a pity because great music is great music and the opportunity to hear it at world-class standard is not to be missed.
At the interval some Iranian ladies sitting in front of us turned to chat. They asked us whether we spoke any Farsi, and when we said no, and that it was a pity because we would have liked to know more about the music and what was being sung.  They explained the meaning of the various songs that we had heard in the first half – this song was a setting of a poem by Hāfez  etc. Very gracious and courteous people, who seemed to welcome our presence and our willingness to appreciate music which they obviously loved.
The evening finished with a couple of encores, the last of which we were told is always heard. It is a song of freedom, which dates from the time of the movement which brought parliamentary democracy to Iran in 1906 - who could object to that? It was clear that Shajarian and friends were not going to be permitted to leave until this had been sung, and its reception was enormous.
For Sydney readers, it is not too late – Shajarian’s Australian tour ends with a performance at the Enmore Theatre on Saturday 16 May –bookings accessible from the Persian Information Hub here.
On completion of their Australian tour, Shajarian and the Shanhnaz Ensemble will travel to North America for performances in Chicago, Atlanta, Washington, Huston, Seattle, Berkeley, Los Angeles, Vancouver and Toronto.