What a privilege it was ...

The Australian Financial Review for today, Monday 17 May, has a front page article under the headline Growth squeezes universities, which begins:
Universities planning to expand to help meet federal government targets to raise student numbers will increasingly have to lease space, construct temporary classrooms and deliver courses online due to lack of funding for new and refurbished buildings.
When I read stories like that I think back to my undergraduate days at the University of New England in the picturesque city of Armidale in the Northern Tablelands of New South Wales, and am reminded what a privileged educational experience that was. 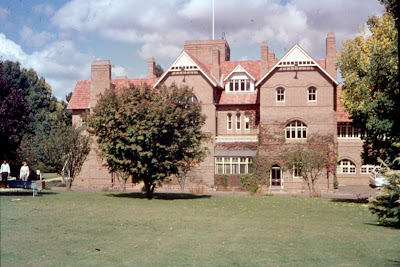 When I entered the University in 1961 it had about 600 full-time undergraduates on about 740 acres of land, effectively running less than one student to the acre.  The campus was spacious and attractively landscaped, with the beautiful Booloominbah at the centre and heart of it all. Everything was a short walk from everything else.
In those days the University was fully residential. All students were required to live in the on-campus colleges, the only exceptions being those who were living at home in Armidale with their parents (who had to apply in writing for this exception to be granted).  Want to play rugby, soccer or hockey? Attend training a couple of nights a week on the Consett Davis playing fields a couple of hundred metres away; run down there straight after college dinner, do a couple of hours training, run back to college, have a shower and back to the assignments. Want to play cricket? There is a lovely oval right over there near Robb College. 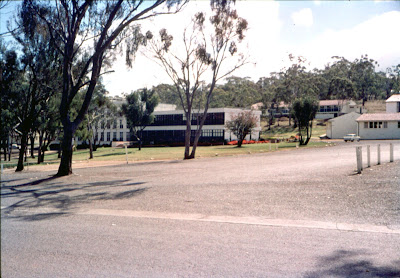 The staff-student ratio was extraordinary (something like 1.6:1 in 1961) and classes were small.  In my chosen subject of Physics there were about a hundred students in first year (it was a compulsory subject for Rural Science I), eight in second year, four in third year, and five in my honours year. In first year we had a tutorial every week. There were nine in my tutorial group. The tutor was the Professor of Physics.  This was no degree factory. No wonder so many of us prospered.
Posted by PAUL BARRATT at 7:14 PM