The (very) Independent Member for New England has gone home to Tamworth to ponder the decision he should make about who should have the opportunity to form the next government.
I do not envy him the decision he has to make, but I know that it will be a conscientious one and, whichever way it goes, I expect that he will receive strong support from the local communities.
To give a sense of the place, here are a few photos taken from the window of a Qantas Dash-8 as we were coming in to land on the way to Armidale in 2005, when the whole New England region was in the grip of a protracted drought.
Things are better up there now, although the Bundarra – just west of Armidale – Exceptional Circumstances (EC) district was still drought declared as of 29 June 2010. 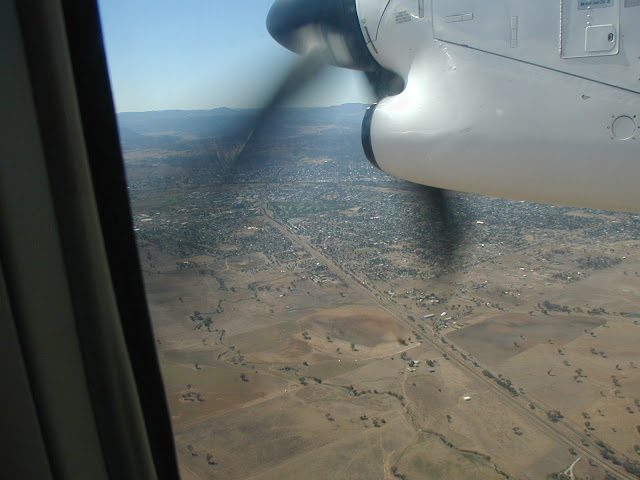 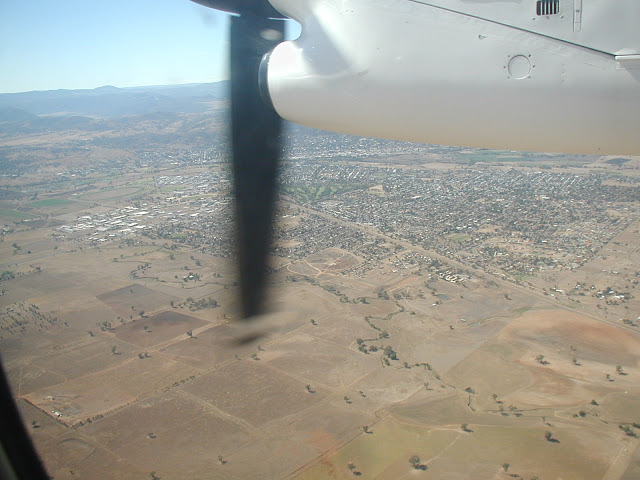 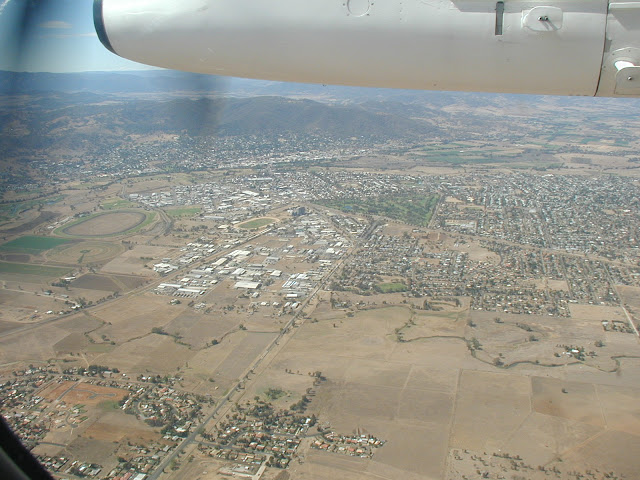 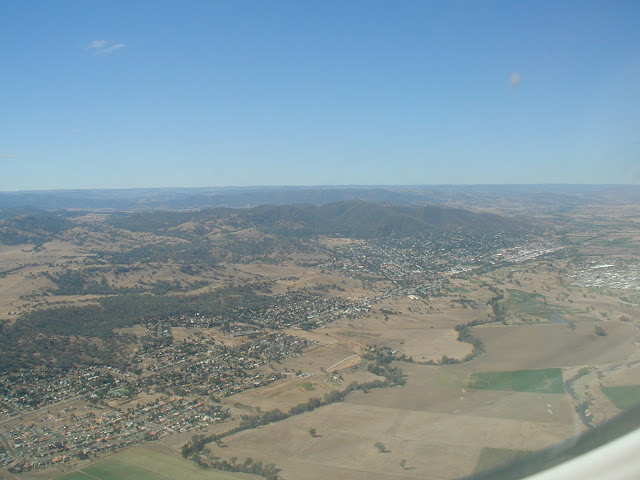 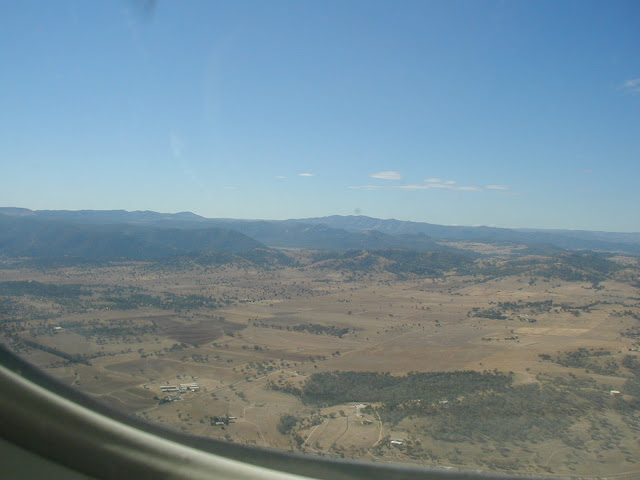 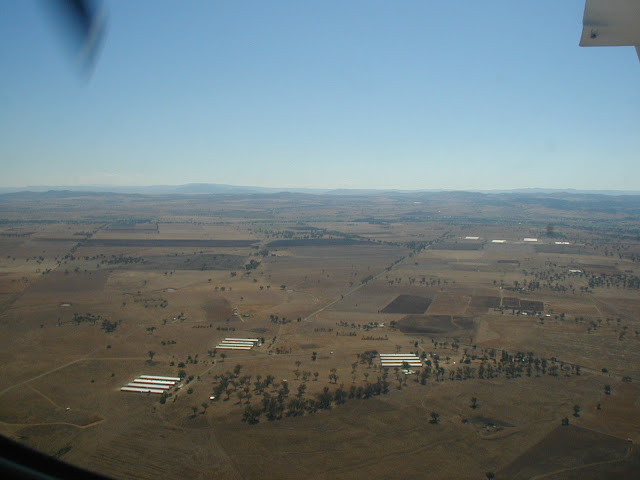 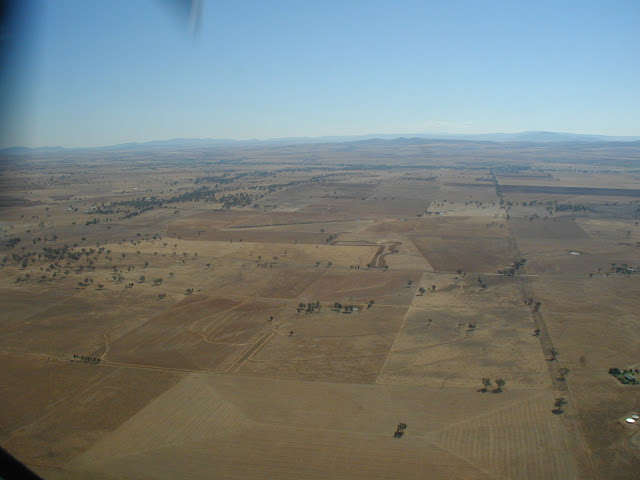 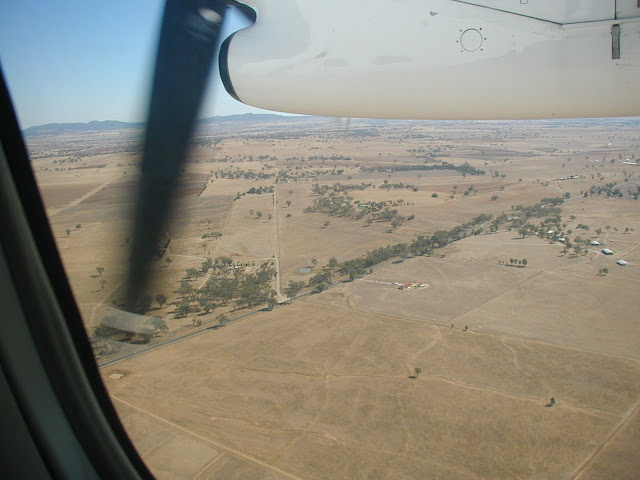 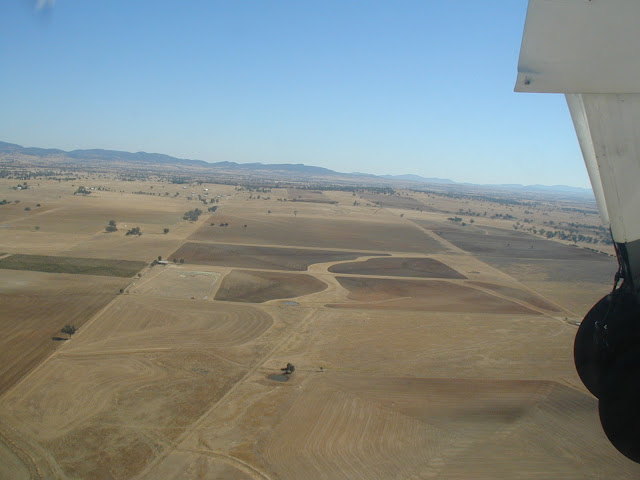 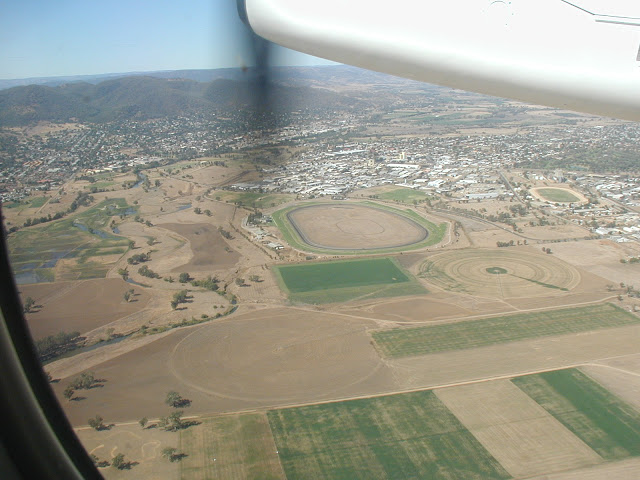 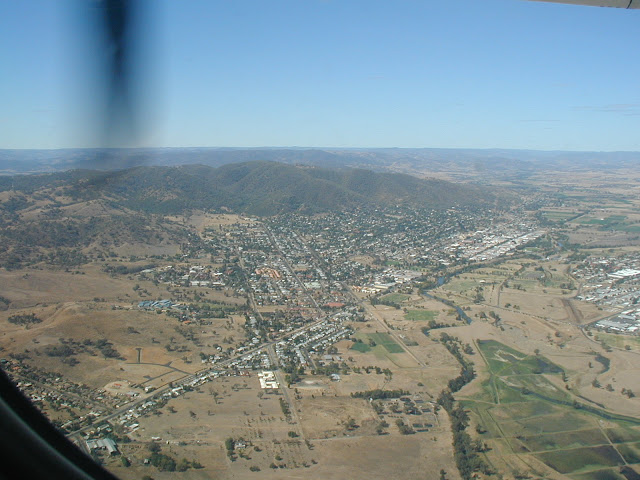 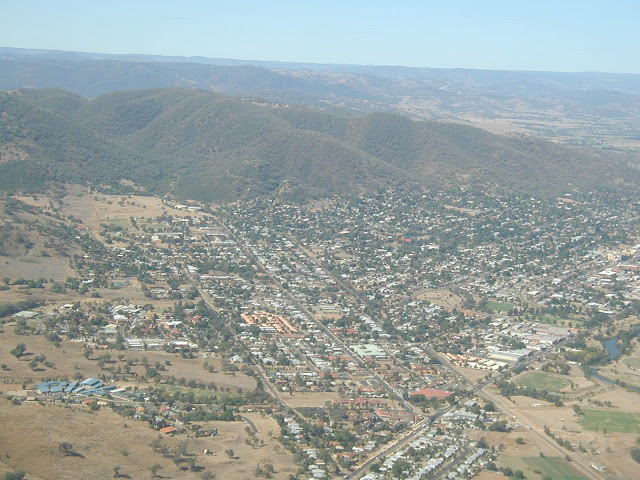