Direct from Boggabri, for one night only

Thus did organiser and MC Philip Bailey introduce brothers James and Robert White, and Robert’s son Anthony, for one of the moments of sheer delight in the Gilbert and Sullivan Singalong which was staged at the TAS Old Boys’ Dinner on 10 September to celebrate the launch of Jim Graham’s memoir A Song to Sing-O – a rendition of “Three Little Maids from School”, which James and Robert had sung, with Graham Giblin, just fifty years previously, in the School’s 1960 production of The Mikado.
They didn’t ham it up – no nonsense about singing it falsetto or anything like that, it was simply transposed for male voices, a good song well sung: 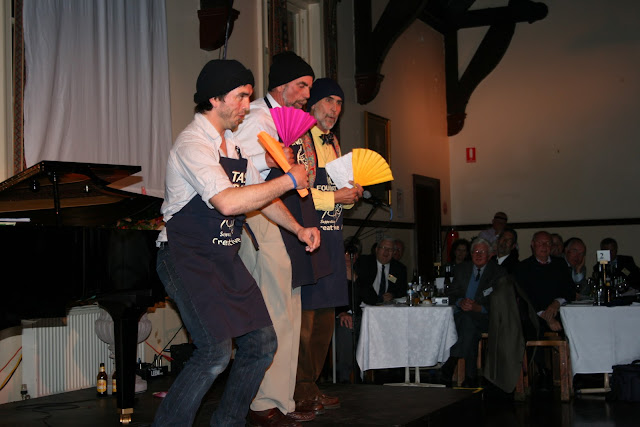 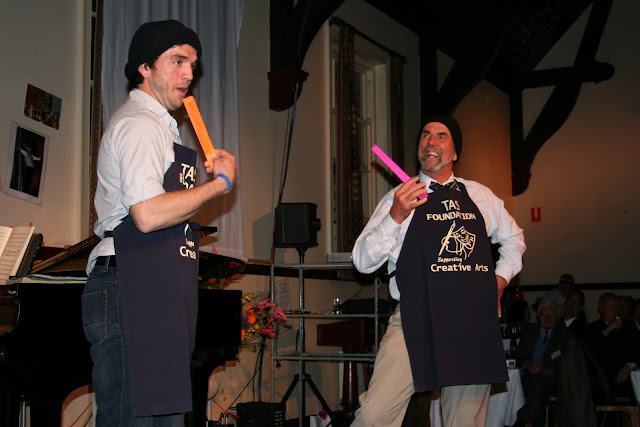 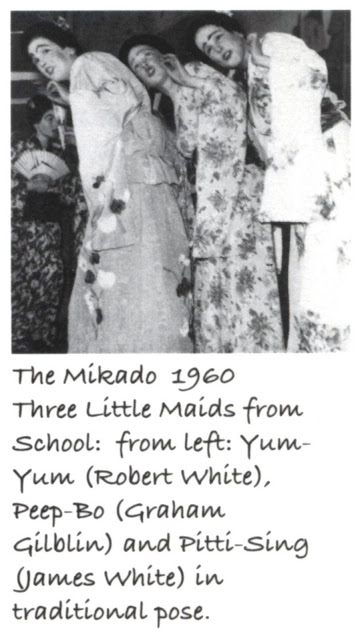 It was good fun, and a wonderful reminder of that performance all those years ago, as captured in Jim’s memoir.  As the second photo shows, Bailey himself played Poo-Bah, as perhaps befitted the Senior Prefect of the day, and a very fine Poo-Bah he made. 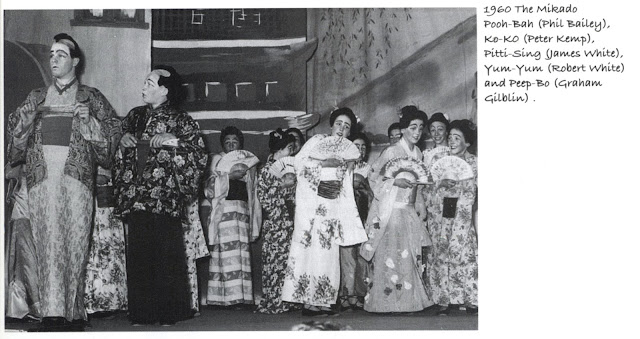 By 1960 these performances were beginning to do a modest amount of touring. The photo below was taken on a trip for a performance in Inverell: 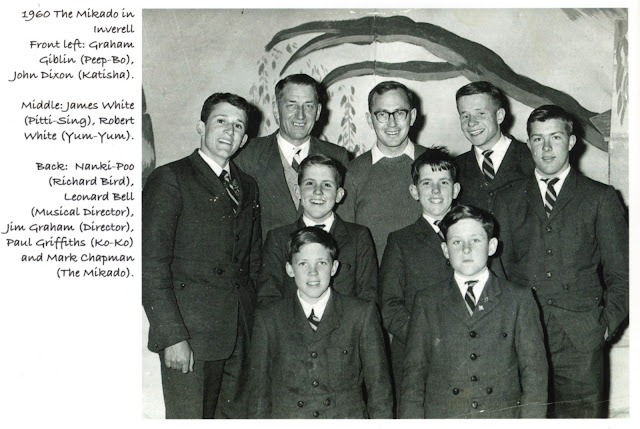 James White has been Visual Arts Master at the School since 1994, and is a well know artist in his own right, having become a member of the prestigious Australian Watercolour Institute in 1991. For more about James, see here and here.

For an earlier post on The Armidale School’s 2010 Old Boys’ Weekend, see The Class of 1960, fifty years on.

Note:
The photos from 1960 were scanned from Jim Graham's A Song to Sing-O.

To acquire a copy of A Song to Sing-O, please get in touch with the School’s Director of Development, Cressida Mort (cmort@as.edu.au). If you email Cressida, she will send you the book, and you can either send a cheque or ring the School and pay by credit card. The price is $45 including postage and handling.
Posted by PAUL BARRATT at 9:42 PM