The Southern Cross comes to Armidale

At some time in the late 1950s Charles Kingsford Smith’s famous Fokker VIIb-3m aircraft, the Southern Cross, in which in 1928 he made the first flight across the Pacific, was brought to Armidale to form the centrepiece of the local air show. 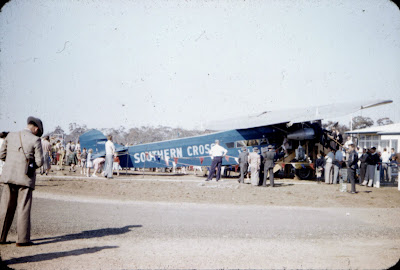 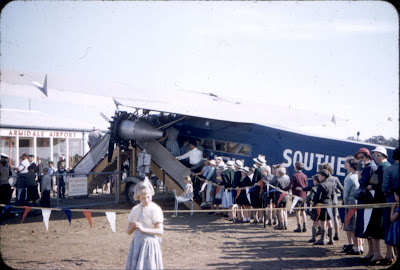 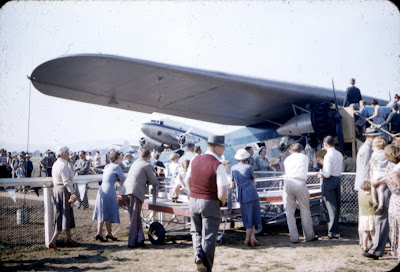 This historic aircraft attracted attention wherever it went, but there was a particular reason for Armidale people to take an interest – a former Senior Prefect at The Armidale School, P.G. Taylor, was the hero of a celebrated incident, with which we were all of course familiar.

The Australian Dictionary of Biography says of this incident:

On 15 May 1935 Taylor was Kingsford Smith's navigator in the Southern Cross for the King George V jubilee airmail flight (Australia-New Zealand). After flying for six hours, the heavily-laden aircraft had almost reached half-way when part of the centre engine's exhaust manifold broke off and severely damaged the starboard propeller. 'Smithy' closed down the vibrating starboard engine, applied full power to the other two, turned back to Australia and jettisoned the cargo. The oil pressure on the port engine began to fall alarmingly. The flight appeared doomed.

Taylor reacted heroically. Climbing out of the fuselage, he edged his way against the strong slipstream along the engine connecting strut and collected oil from the disabled starboard engine in the casing of a thermos flask. He then transferred it to the port engine. With assistance from the wireless operator, John Stannage, he carried out this procedure six times before the aircraft landed safely at Mascot some nine hours later. For his resourcefulness and courage, Taylor was awarded the Empire Gallantry Medal, gazetted on 9 July 1937; it was superseded by the George Cross (instituted in May 1941). 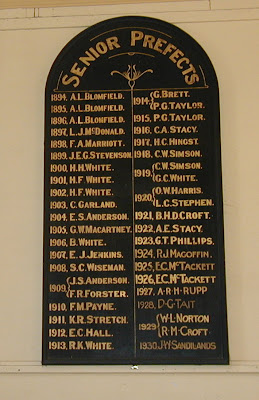 Paul - The "Southern Cross" came to Armidale on the back of two semi-trailers in 1958, the exact date being unknown at present. It was on its way from Sydney to Brisbane via the New England Highway where it was to find its permanant home at firstly Eagle Farm and then the new Brisbane International Airport. The convoy stopped off at many towns along the way and the aircraft re-assembled. (I have a photo of it being assembled in Armidale taken by my father). An entrance fee to have a look inside was charged, as well as a souvenir booklet was sold, the object being to raise funds to off-set the road transport and to pay for the new building. I was thrilled when Dad gave me two shillings to look inside as well as another 2/- for the programme, which is still included in my "stuff"! - Bruce

Hi - Thanks for the info. I have always wondered about this photo taken by my father. The processing date on the slide says 1957, so something odd there.