In about August 1991 the then Minister for Trade, the Hon. Dr Neal Blewett, led an Australian delegation to Kuwait to investigate the opportunities for Australian oilfield service companies to become involved in putting out the oilfield fires that were still raging following their sabotage six months previously by the withdrawing Iraqi troops.

This was Dr Blewett’s second visit to Kuwait that year; the first had been within a couple of weeks of the cessation of fighting, and had been directed to the opportunities that might exist for Australian companies to become involved in a variety of reconstruction projects. More on that in a later post.

On the second visit the Kuwaitis were keen to show the delegation that life was returning to normal. There was also a visit to the oilfields to see at first hand the state of affairs out there. The photos below are a first instalment. More in a subsequent post. 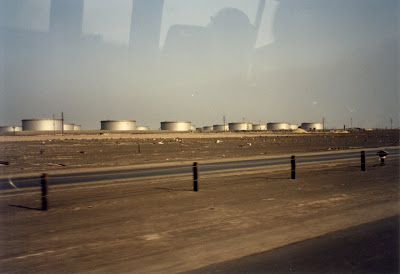 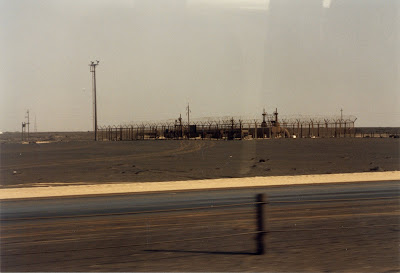 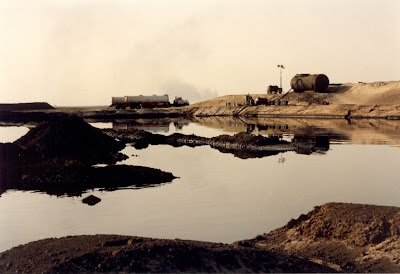 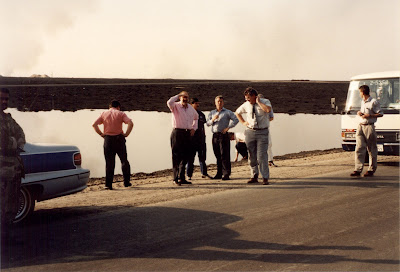 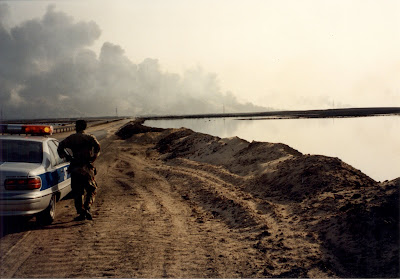 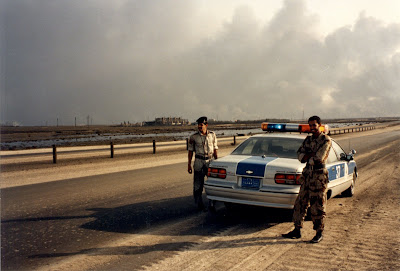