Qal’at al-Bahrain is the archaeological site of a port which was once the capital of the Dilmun civilization, a civilization which was mentioned in Sumerian clay tablets as early as the end of the fourth millennium BC. The exact location of the Dilmun civilization is unclear, but it is thought, in addition to the Bahrain islands, to be associated with the Sinai Peninsula, the Eastern Province of Saudi Arabia, Qatar, Oman and the nearby Iranian coast.

It is mentioned in Mesopotamian records as a trade partner, a source of copper ore, and as an entrepot for the trade between Mesopotamia and the Indus Valley civilisation.

More recently it served as a Portuguese fort. It is a typical tell – an artificial mound created by many successive layers of human occupation, going back to 2300 BC.


On the top of the 12m high mound, there is the impressive Qal`at al-Burtughal (Portuguese fort), which gave the whole site its name, qal`a, meaning fort. In the early 1500s, the Portuguese saw Bahrain as a key point to protect their trade routes between India, Africa and Europe. They invaded the island and set up a military base at the Bahrain Fort. They strengthened the perimeter and erected new stone towers.

The photographs below were taken in 1991. 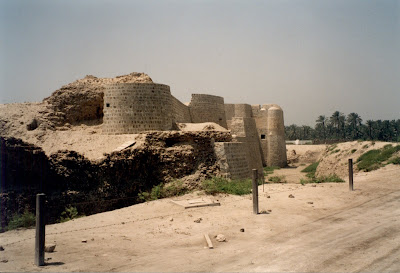 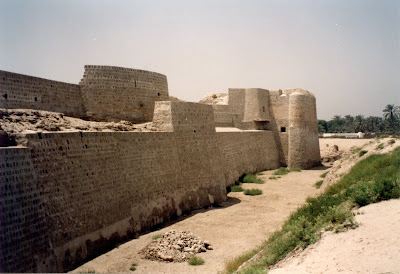 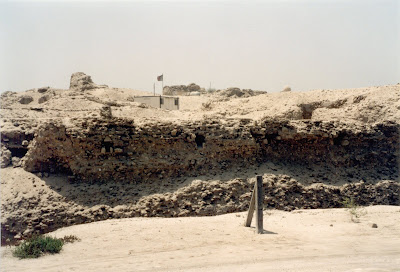